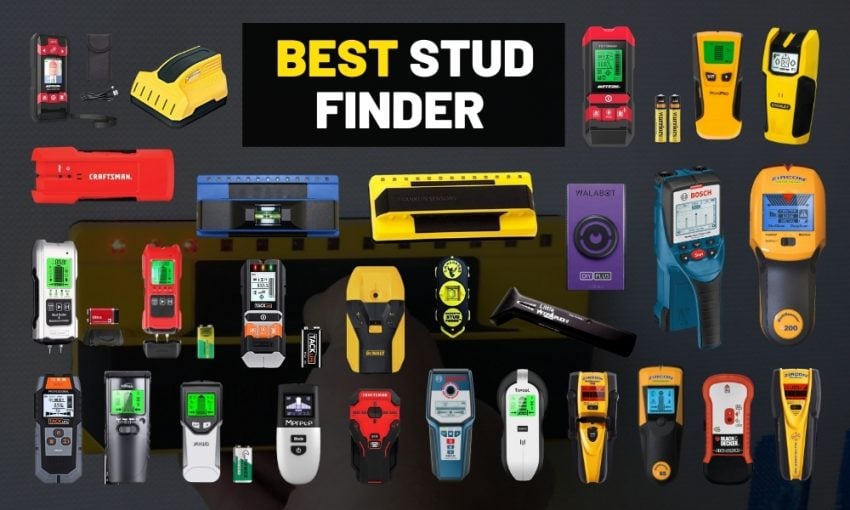 Checked and updated on February 18, 2021 by Aaron Barnett

The best value stud finder has a large detection area for quick scans on walls. There are also stud finders that utilize radar scanning technology and will be part of a multi-scanner.

A multi scanner can detect also wires and pipes hidden inside a wall one of which has up to 7 different scanning functions displayed on an easy-to-read backlit screen. 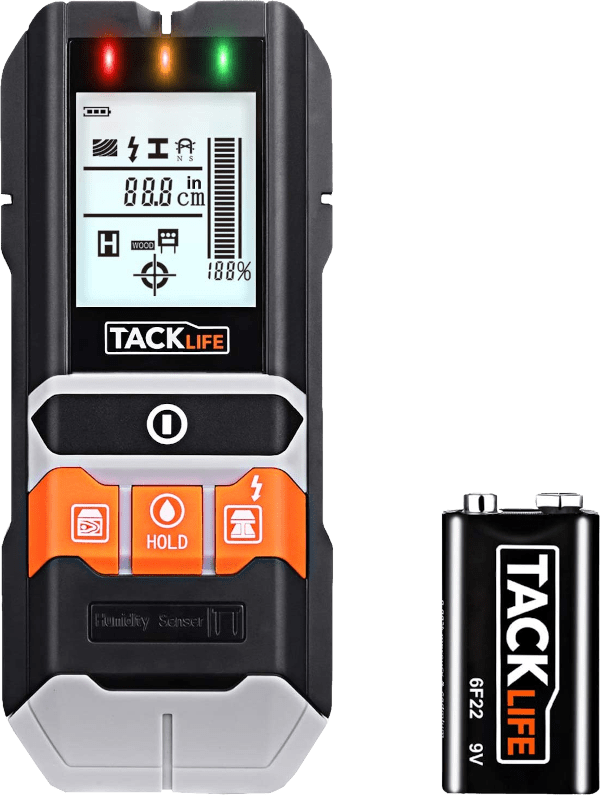 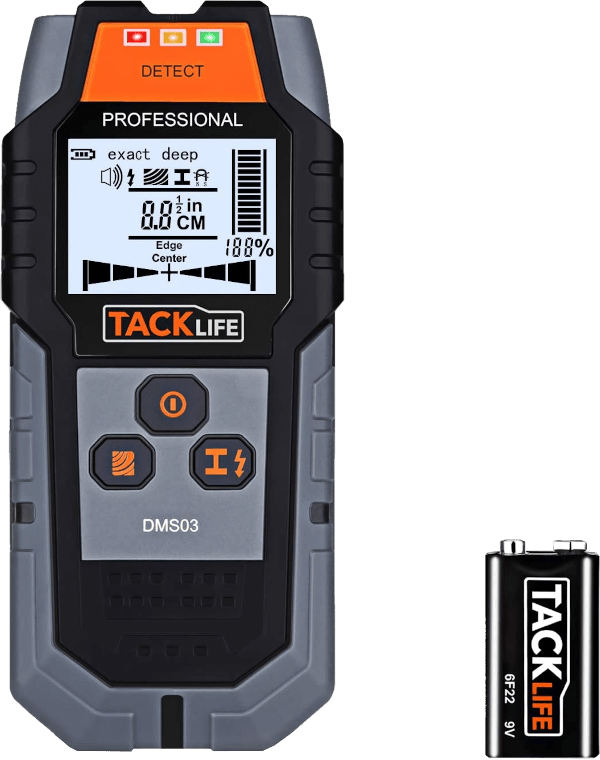 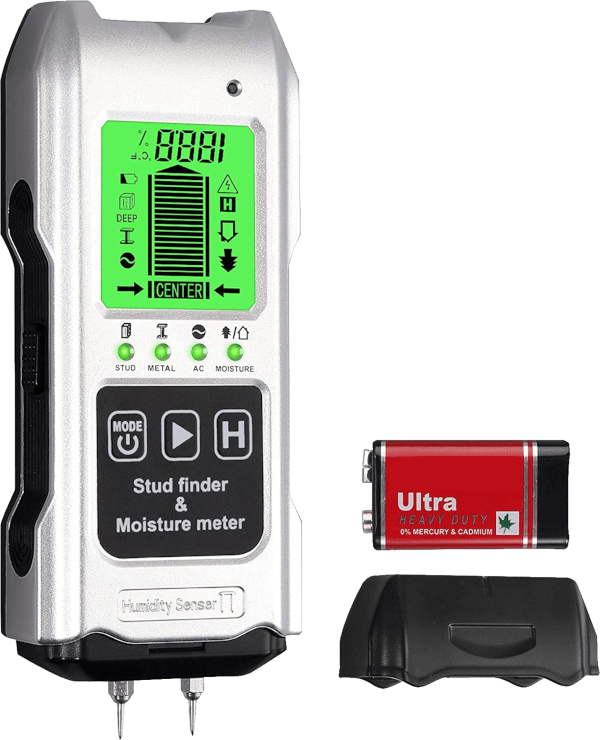 Stud finders can be used to electronically help you to find studs and other things behind the wall covering that you cannot see with your eyes in walls. These gadgets are rather handy and are important tools for builders and carpenters and DIY’ers.

Stud finders have 2 primary classifications, magnetic and electronic. They have the same function but use different processes. Easy to use with no professional training required, this comprehensive guide will show which ones to seek out.

To help you locate fixing points inside your walls to help you with jobs from hanging pictures to installing wall brackets like for installing the long arm tv mount on your wall. Features to consider when buying a stud finder

Reasons to buy a stud finder

Before you buy a stud finder

For what purpose/s would you need a stud finder? Before you make a purchase, you have to be clear about how often you’ll be using the tool and for what. It’s a welcomed addition if it’ll be part of your work kit, otherwise, set it as a strategic investment.

Decide on a type.

Would you like an electronic stud finder or a magnetic one? Magnetic stud finders are simpler and more affordable, ideal for those with budget constraints, and appreciate a tool with a classic feel. Electronic ones are more functional and ergonomic and are better suited for those who work with interiors.

It’s important to be aware and knowledgeable about the features of your chosen finder. You’d want a model that gives you as accurate a reading as possible. In order to achieve that, your finder should have the appropriate elements that effectively alerts and leads you to a stud’s precise location.

Magnetic vs Electronic vs Radars

Magnetic stud finders are the OG. As mentioned before, they are simple to use and do not have any electrical components. Utilizing magnets to locate nails/screws and detects the studs, this type requires a little guesswork but is highly convenient.

Electronic stud finders are the complete opposite of magnetic ones. These are more accurate as they utilize sensors to measure the density of walls in order to find the location of studs. They don’t, however, work on all wall types as they can send erroneous readings from paneling and drywall.

Radar stud finders are advanced tools that utilize radio energy pulses to determine a stud’s location. While it can be more accurate than electronic ones, it also detects wires, piping, and basically anything hidden behind your wall making it a super cool tool to have. 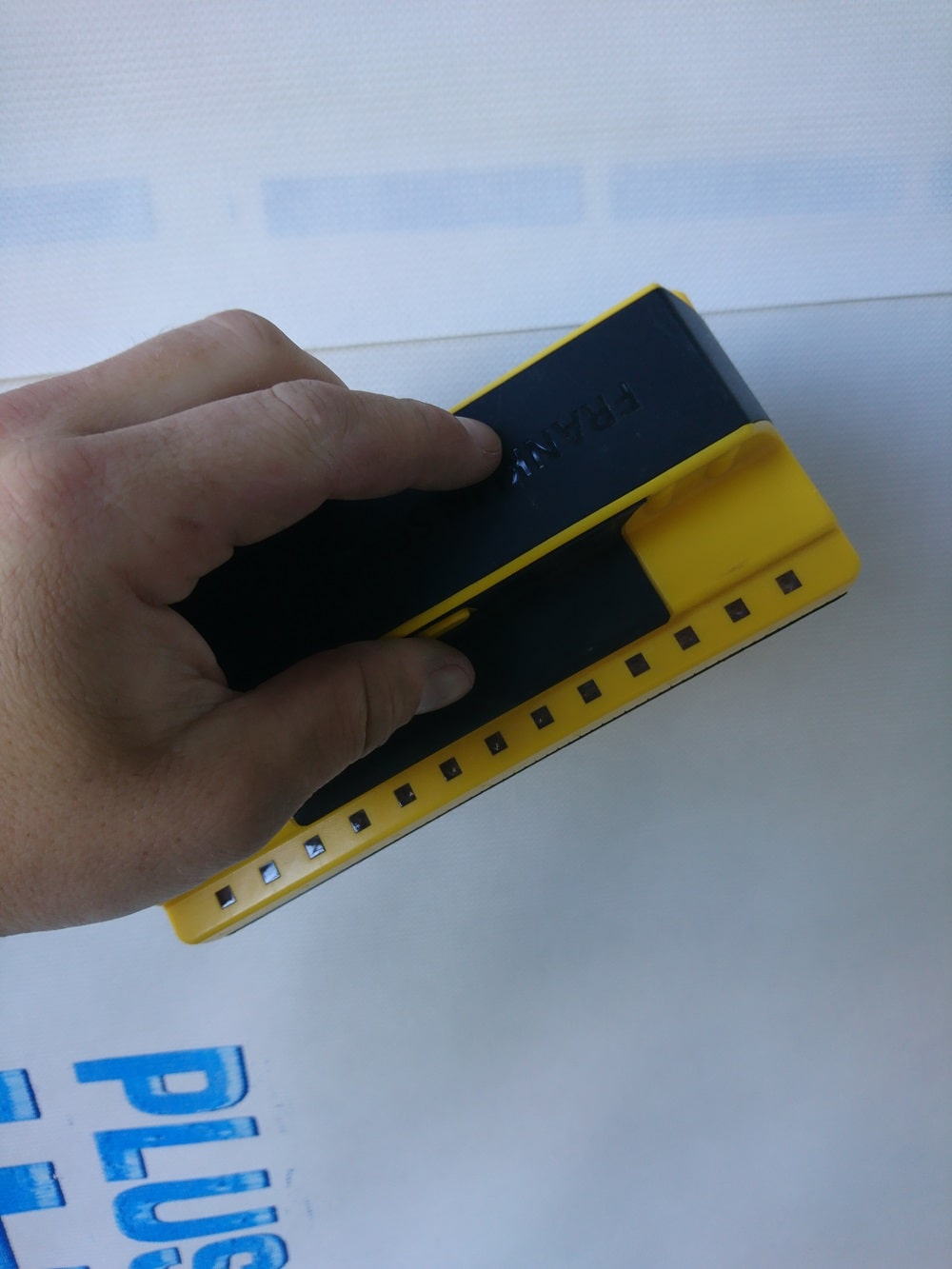 If you want the best stud finder and also more advanced, then consider the Bosch D-Tect150 as the pinnacle of detection. With its precision-laser technology and 7 specialized scanning modes, you get superior performance even up to 6” deep into dense spaces, including concrete and floors, regardless of whether they’re dry or not.

Readings are clear and easily viewed thanks to its bright and colored display. You need to not worry about making constant adjustments because this model is self-calibrating – it automatically makes the necessary adjustments to stay on track at the start of detection.

It’s versatile, as it runs on 4 AA batteries, and practically runs itself, what more do you need?

Best in value goes to the Zircon MulitScanner A200 for its commendable mix of capability and price. This Zircon stud sensor scans up to depths of 3”, including metal, and detects both studs and other hidden wall elements with the help of 4 flexible scanning modes.

Get clear and accurate readings with the aid of its patented Spotlite and auto-correcting technology of this Zircon stud finder. View clear results on its ultra-bright LCD and stay safer with its wire-detection feature.

The Tavool TH250 is the most budget-friendly electronic stud finder you can get. While its price is friendly, it doesn’t lack any of the important features and still delivers an acceptable performance. You get 4 modes, including deep detection, Live AC wire detection up to 2.36”, and even a limited amount of self-calibration!

While it might not give a stellar performance, this Tavool stud finder will certainly serve its purpose well-enough while maintaining a professional look.

When it comes to scanning with sensors only, nothing beats the Franklin 710 Pro sensor. The Franklin is all about coverage-area and its multi-sense technology, along with 13 sensors, allows it to cover multiple locations simultaneously.

Scan areas up to 7” wide while getting the added benefit of having an included CH Hanson magnetic stud finder. You may not get a screen, but it does make up for this with multiple bright LEDs and impeccable portability.

How to use a magnetic stud finder?

Magnetic stud finders make use of a magnet in order to find hidden metallic elements that are behind a wall. There are those that make use of either a stationary magnet or a movable one. The way they are used is basically the same in that you run them across a surface and watch for a magnetic response to indicate the possible location of studs.

How does a magnetic stud finder work?

Stationary magnets. Mostly common magnets that react via magnetic force as they come across metals near the surface of a wall. These not effective on walls made of plaster as studs are placed further back

Moving magnets. Magnetic stud finders that use neodymium, a rare earth metal, that oscillates and makes a buzzing sound when detecting dense material. Neodymium has the strongest magnetic pull and can detect even deep fitted studs. How to use an electronic or radar stud finder?

Electronic stud finder. Begin by determining where to place or mount the device. Once set, ensure that it has more than sufficient power as that can potentially distort readings. Switch it on and wait for it to calibrate, after which slowly move it in a sweeping motion from left to right or up and down, depending on where you wish to drill. Once it alerts you to the location of a stud, re-check then mark the spot.

Radar scanner. These kinds of stud finders work in virtually the same way as standard electronic ones, albeit with a little more efficiency even with deeply fitted studs and across a greater range of materials.

Tips for using a stud finder

If you need a stud finder, then the best option would be the Zircon MulitScanner A200. It’s decently priced and you get all the neat features that you would need in order to work accurately and efficiently.

An alternative to the Zircon is the Franklin 710 Prosensor. It may not have a display, but the multiple sensors and included magnetic stud finder allows you to cover more ground and work at a faster pace.

The Tavool TH250 is your go-to if you’re working on a tight budget. It’s ideal for occasional and casual use while maintaining all the necessary components.

If you want to take stud detection to the limit, then look no further than the Bosch D-Tect150. This Bosch stud finder is a powerhouse of a tool that is advanced and offers superior scanning through almost any material. The only drawback would be its ludicrous price tag.

Stud finders are very convenient and are constantly being developed, and so is your tool repertoire and knowledge. If you’re interested in similar tools, check out our guides for the buying laser tape measure and best laser level  too and you will have all the electronics you need to be at the top of your building game. 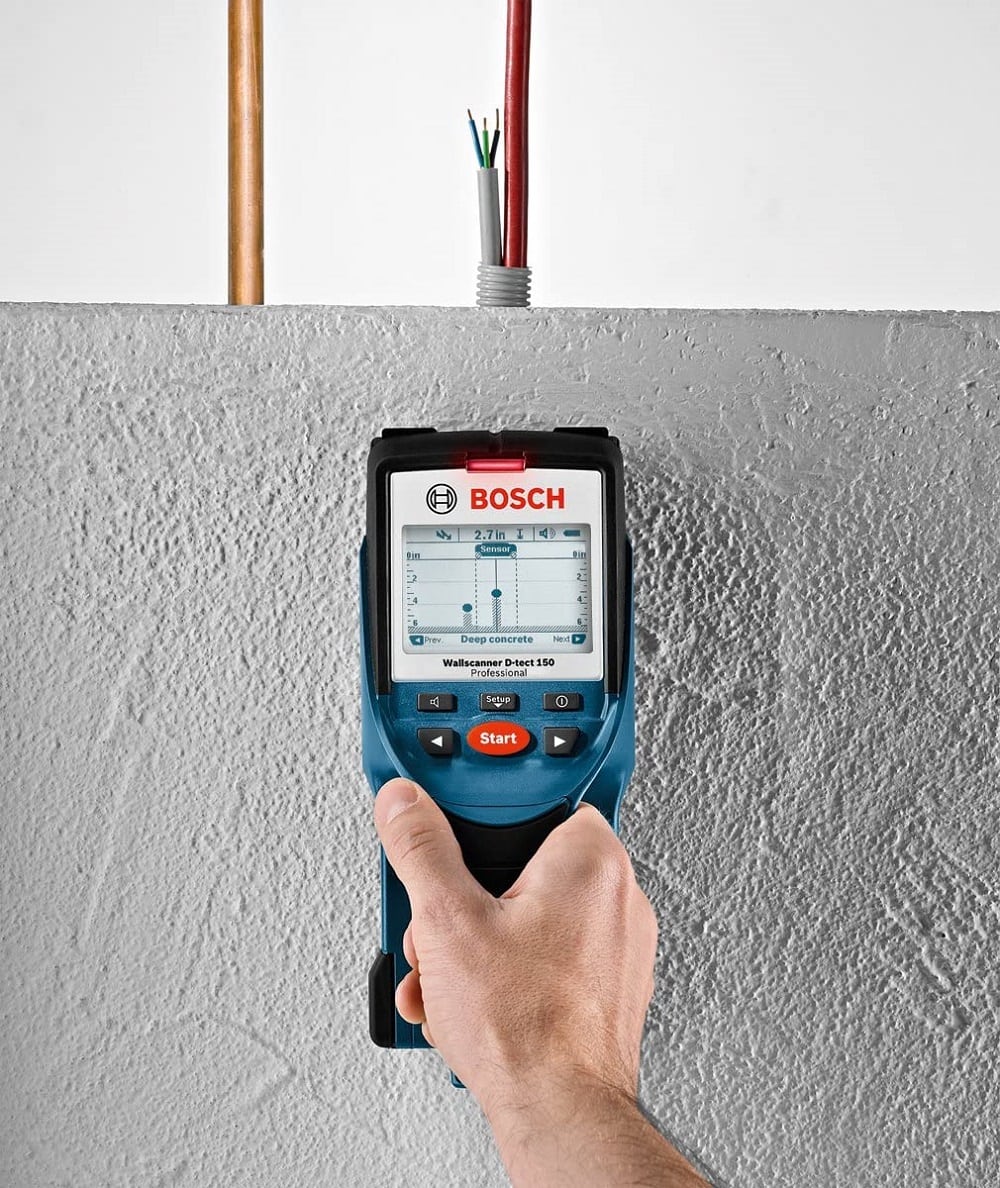