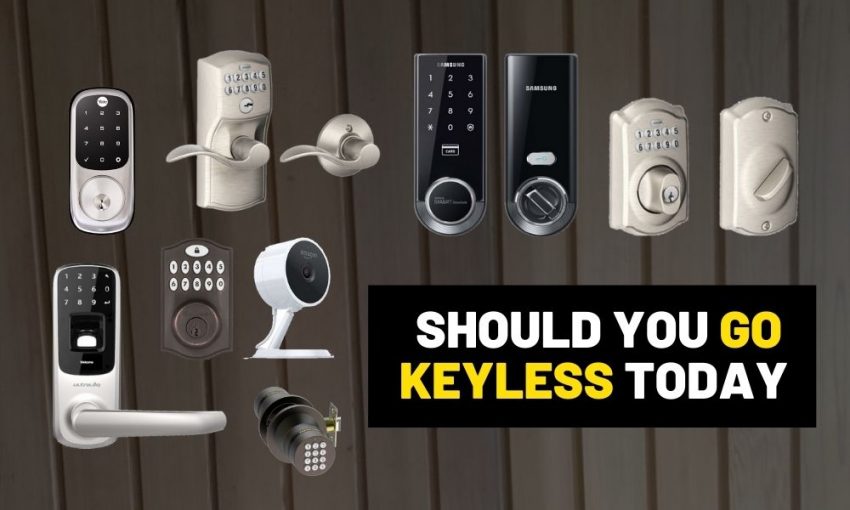 Reviewed by a qualified builder

The best keyless door lock has a lot to do with the functionality of the deadbolt vs aesthetics, no matter what keyless smart lock you go for you want to make sure to have great functionality. That is a lock that doesn’t require a key.

The other bells and whistles of a smart lock might sound cool but might not ever be used. 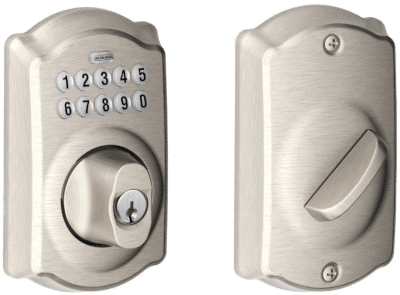 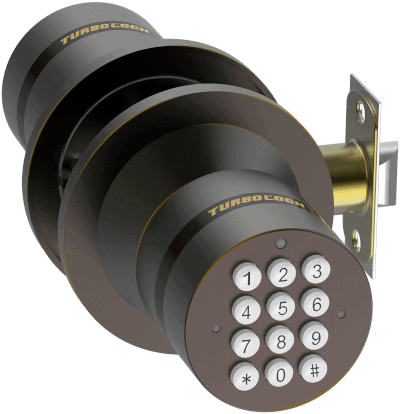 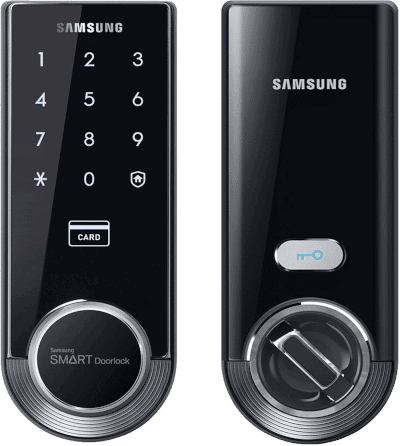 Keyless door locks provide a number of significant advantages over traditional doorknobs and bolt-locking systems. Initially utilized for car doors, they have since become widely used in residential RV and office entry systems. They provide easy entry and access to multiple users–even remotely–and without the need for bulky keys.

One of the most significant benefits of keyless lock systems is that they free you from having to deal with physical keys. Keyed systems have worked well for hundreds of years. But they have a profound disadvantage in that you are practically tied to them all the time. At the very least, you will always have to be aware of where they are.

Think about it: aren’t you always patting your pockets or feeling for your key ring just to make sure you haven’t lost your keys? When you step out of the house or out of your car, the first thing you probably do is check to see that you haven’t left your keys inside!

With keyless locks, you no longer have to worry about such things. You can simply pull your door shut and be assured that you can get in any time simply by keying in the combination or unlocking your door via your smartphone. It’s definitely a more convenient alternative to keyed systems, and you will appreciate it more the more you make use of it.

Keyless locks also make it easy for everyone in the household to gain entry or for you to allow access to other people. Simply by providing other people with your access code, you can let anyone enter your home in your absence, without having to make multiple spare keys. If you want to restrict access, simply change the key code. 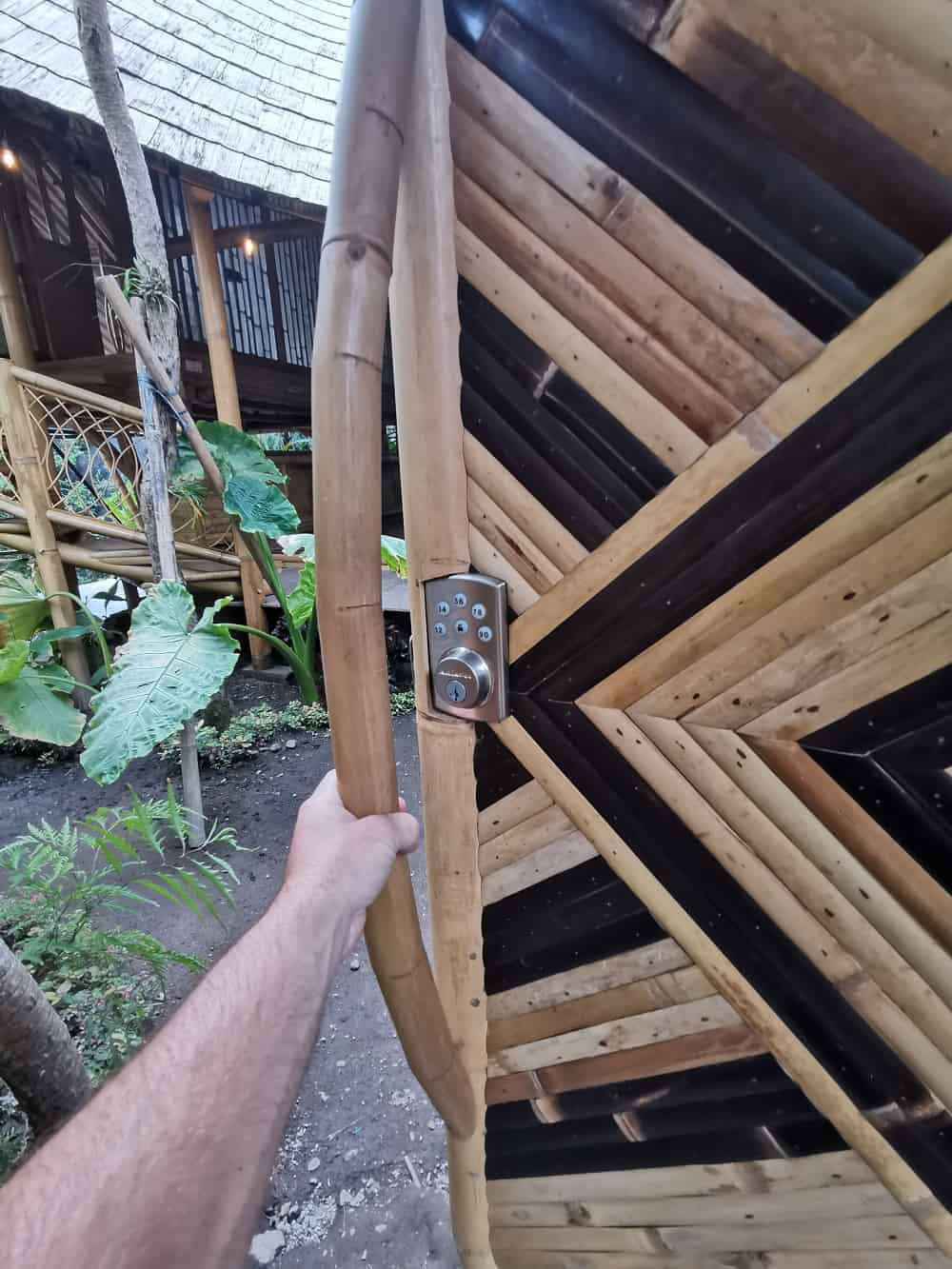 Before you buy a keyless door lock…

A keyless lock should be able to hold up to daily use for years on end. Systems with physical pushbuttons instead of touchpads tend to be more durable. Some touch-pads particularly those with plastic screens–tend to get scratched up too easily.

Over time, this could make the numbers difficult to see. Although glass touch-pads tend to be more resistant to scratching, the same problem may occur over time as well.

Does it have Bluetooth or NFC?

Some keyless locks utilize Bluetooth and near-field communication (NFC) technology to activate proximity sensors. These systems typically unlock automatically when it detects the presence of an authorized smartphone nearby.

These technologies also make it possible to lock and unlock doors remotely, or to provide access to multiple users via mobile apps.

Do you need a lit touchpad?

Touchpads with illuminated numbers are becoming more and more common with newer keyless locks. Although they are less prone to mechanical damage and dust entry than keypads with physical buttons, they are more likely to get scratched, as mentioned previously. Over time, the numbers may be practically impossible to read.

In some cases, key presses may not even register. Glass touchpads are usually more reliable than plastic, but they will almost surely exhibit the same problems over time.

Is a built-in alarm good for you?

Some of the best keyless locks provide additional security features such as built-in alarms. These can alert you to potential intrusion and attacks. Some ‘smart’ systems even identify the type of activity at your door, determining whether someone is attempting a forced entry or is tampering with your door.

Other advanced systems will even sound an alarm upon the first contact when the door is actually opened.

Is the security of a connected live camera for you?

Keyless locks with built-in cameras provide an added measure of security. With such systems, the camera is activated as soon as it detects activity in front of your door.

It then begins recording as the person approaches. This way, you can determine who is trying to gain entry into your home.

What price are you willing to pay.

Keyless locks are now more affordable than they were a few years ago. Buying online can be noticeably cheaper than the shelf.

You might also want to consider a lock system with physical keypads. Although not as modern looking as touch-pad equipped systems, it will, however, be more durable and more cost-effective.

Other things to consider with a keyless lock system.

The best keyless door locks make entry easier and more secure. Features such as built-in alarm systems and cameras further enhance their ability to prevent unauthorized intrusion and attempted breaches, and even make it possible for you to identify intruders.

Some alarm systems can be set to send an alert when an exit is attempted, letting you know that someone is trying to leave the premises.

Touchscreen systems may seem like the way to go, they look sleek and modern but the screen can scratch easily and no longer look so good, a standard keypad with only physical buttons could be better as they are mostly durable.

You might also want to consider systems that come with physical keys as a backup in case you don’t replace the batteries when needed. 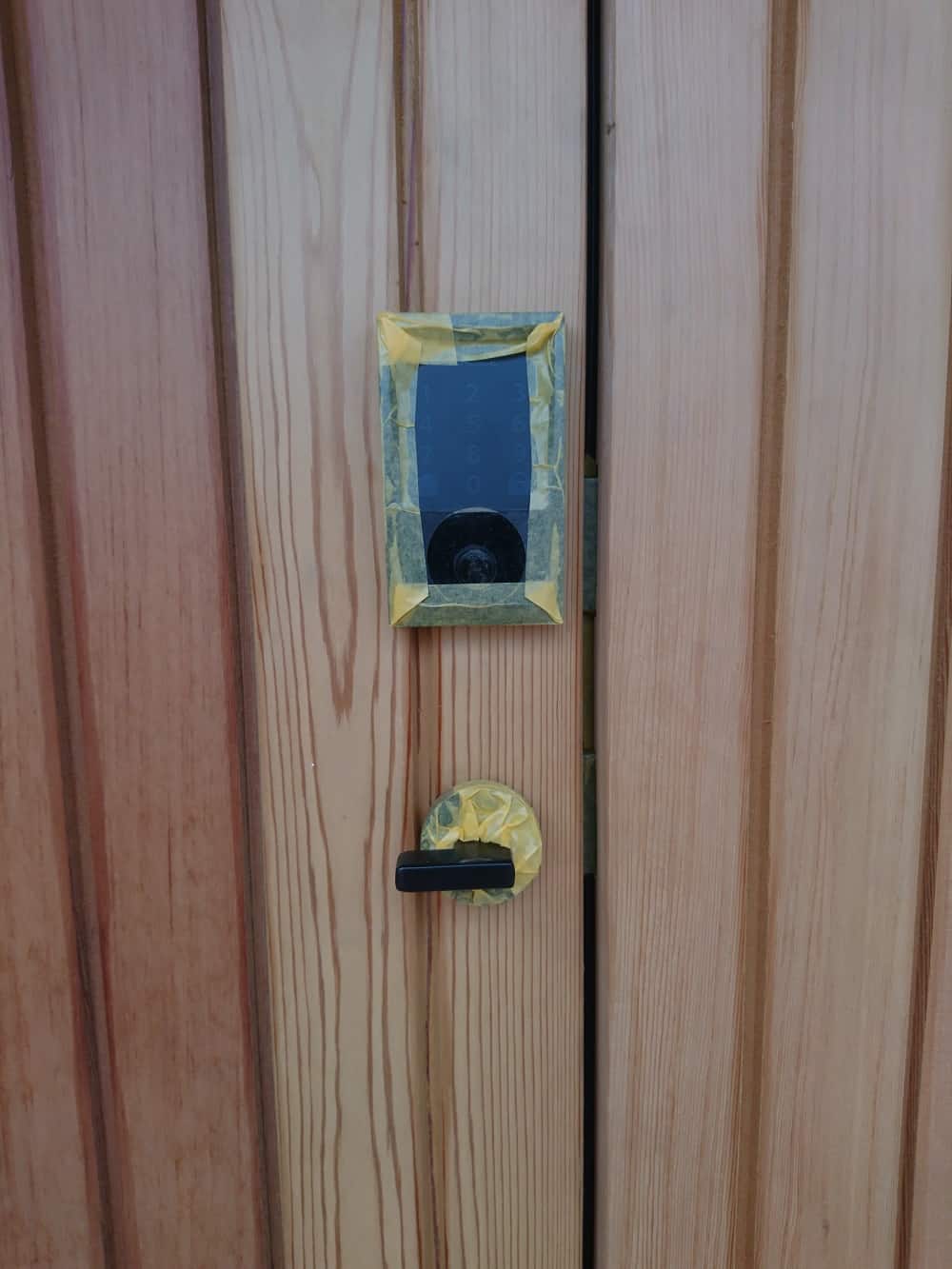 Installing a new keyless entry door lock will help improve security, and can add value to your home as well. It’s actually pretty easy to install on a new door look, and even easier to change your old one out for a new one using just a Makita brushless drill and your chisel set.

There you have it if you want smart security with a camera and phone integration consider the Kwikset SmartCode, If a simple but durable keyless deadbolt is what you are considering for household access with or without your set of keys look at getting the Schlage BE365CAM619.

And for the best-looking smart lock, you cannot look past the Samsung SHS-3321 digital door lock.