Have you wondered, does stainless steel rust or tarnish?

First stainless steel is a low-carbon steel that contains chromium, giving it an additional layer of protection and increased rust resistance.

Any application where steel would corrode under the elements is better off being protected. 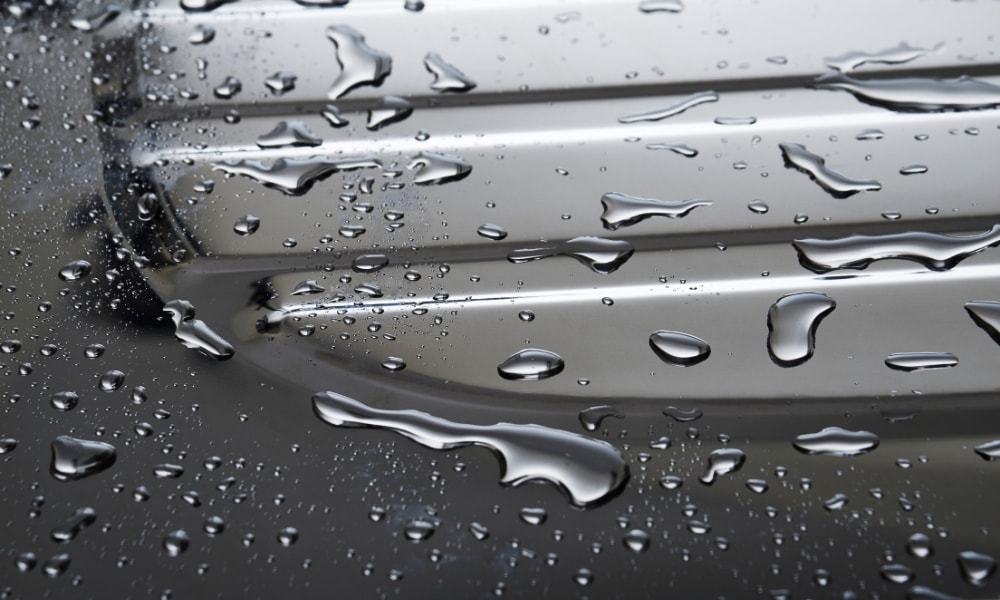 Stainless steel’s ability to effectively ward off rust comes from the trace amount of chromium in its composition, which’s no lower than 10%.

Chromium oxide is highly resistant to corrosion and weathering and can even self-heal from mechanical and chemical damage so long as oxygen is present.

Stainless steel is also alloyed with other elements, such as nickel and molybdenum, further adding to its durability. 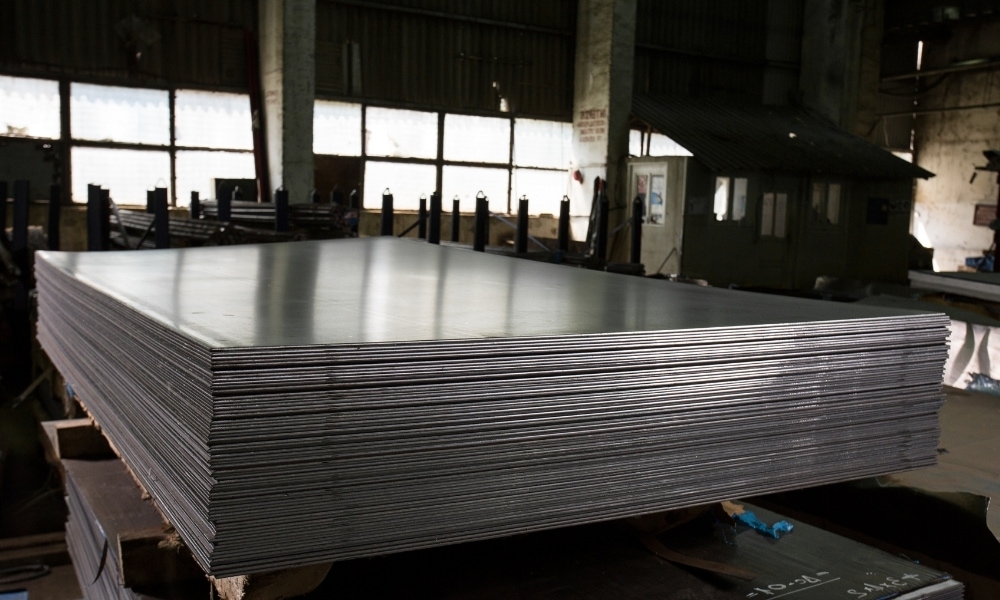 What are the different stainless steel grades?

While stainless steel has many different grades, it’s usually divided into 5 main classifications based on its alloyed microstructure:

When does stainless steel rust?

Rust can still form on stainless steel when its protective chromium oxide layer gets damaged.

Improper cleaning and exposure to certain abrasives and extremely high temperatures can either tear through the chromium film or cause chemical reactions that would allow rust to form on the surface.

What can cause steel to rust?

When stainless steel rusts, it suffers the same way all other metals do – it reduces in strength, aesthetics, and structural integrity.

While stainless steel is practically corrosion-proof, improper care and treatment can still cause it to rust and degrade. Take a look at the following cases:

How to remove rust from stainless steel?

Since most cleaning chemicals are more likely to damage the chromium oxide film on stainless steel, it’s actually better to use some of these common household items if you’re looking to de-rust it.

Using a combination of equal amounts of lemon juice and baking soda or just baking soda and water, apply the solution on rusted spots and simply wash the gunk away with a damp sponge.

Repeat until all the rust has been removed. And if rust is deep you could just sand it and apply some primer.

How to prevent stainless steel placed outside from rusting?

Because of its appearance and unique properties, stainless steel is also used as a material for bike racks, handrails, and even benches.

Since these fixtures are commonly placed outside, they’re more exposed to the elements and are likelier to form rust.

To prevent this, be diligent and perform routine cleaning & maintenance using either homemade cleaning pastes or certain water-based coating, such as Stainless Shield, to add an extra layer of protection to the exposed chromium oxide film.

When should stainless steel be used?

If it weren’t for the cost, stainless steel can actually be used for almost any general purpose given its ability to resist corrosion even more than galvanized steel and even treated aluminum.

It’s certainly sturdy enough for construction, yet light enough to make long-lasting household items. To be more specific, below are some key examples of when best to use stainless steel.

1. As fasteners on tanalized timber

Also known as pressure-treated timber, is wood that has been chemically treated to be more durable and longer-lasting in wet environments.

The chemicals used for treatment make the wood more corrosive, to any steel fixings so it’s only fitting to use stainless steel so that the wood doesn’t eat away at the metal for any hardware that is structural. 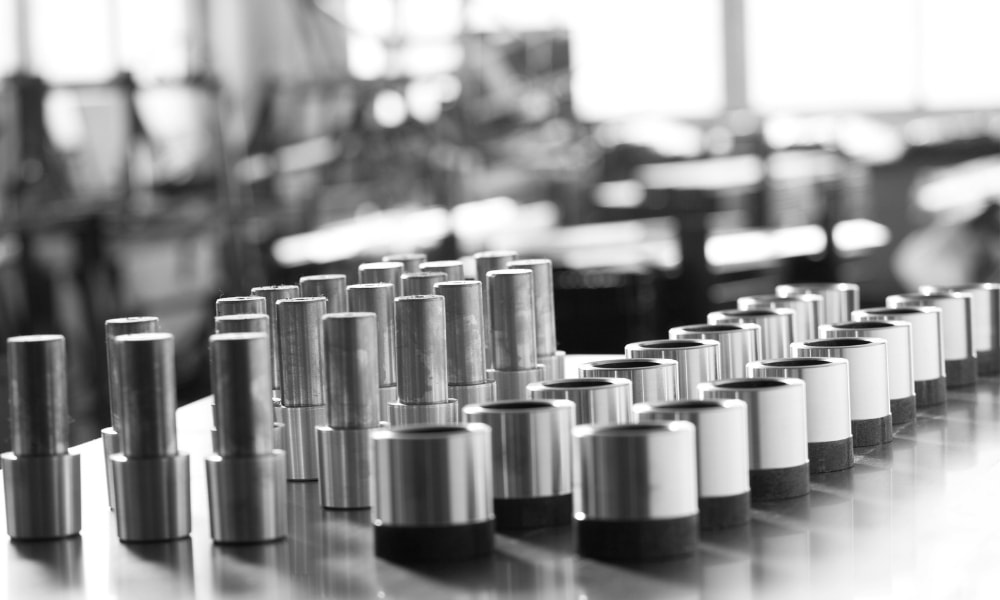 2. Outside fixing hinges and latches

Anything outside that supports a function, like the hinges and latches on gates or garage doors, is better off being stainless.

Since stainless steel will better withstand prolonged exposure to the elements without maintenance or later replacement.

3. Outside metals close to the sea

Pier rails, dock posts, and even bay-walk steel flooring should be stainless since these are closer to saltwater.

Saltwater has more dissolved ions and makes it easier for electrons to move, which is what quickens the build-up and progression of rust.

Stainless steel tools will last longer and are easier to maintain, especially those that see common use along with various chemicals. For example, a stainless steel wrench for automotive engine repair is less likely to rust compared to a regular one.

In cases you like to remove rust from your tools, here’s how.

When does steel or galvanized steel rust?

How does stainless steel rust?

To differentiate, galvanizing is when you coat a steel piece in zinc; galvanized steel is not an alloyed metal. In general, most metals rust when exposed to enough oxygen, creating iron oxide that begins eating away at a metal’s surface. Types of corrosion that lead to rusting

Not all corrosion results in rust and not all rust forms the same way. Below are patterns of how corrosion leads to rust formation.

The most common type of corrosion is characterized by an even attack on the surface.

Considered the most benign as the extent of the corrosion is easily judged and the impact on material performance is easily evaluated.

This type of corrosion, also called bimetallic corrosion [2], occurs when one metal corrodes when in contact or close to a different metal through an electrolyte.

One metal stays relatively intact, while the other can experience severe corrosion.

E.G: A copper and a steel pipe are both in saltwater; one of them will experience more corrosion. This is intense localized corrosion that forms within gaps of 2 joining surfaces.

The small microenvironment between even two completely corrosion-resistant materials can still experience corrosion and, while it will have little effect on the resistant pieces, it will eat away at all and any material medium between them.

Pitting is a fast-spreading type of extremely localized corrosion that’s marked by the formation of very small holes.

Left untreated, it’s an extremely destructive form of corrosion and isn’t always easy to detect given that initial attack holes can be microscopic.

Usually identified by microscopic cracks within a material caused by both corrosions as well as tensile stress (E.G: heavy load-bearing such as the bolts of a shipping crane).

Common in the steel either near or submerged in saltwater. Dangerous attacks can go unnoticed and are mainly internal.

Comparing strength and lifespan of metals

Nobody who works with metal likes rust. While being understandably more expensive, investing in stainless steel saves you a lot in terms of micro-transactions in the future.

It doesn’t need an additional layer of zinc, or grease and unlike galvanized steel, exposure to oxygen actually regenerates the chromium oxide film. Besides, what else would you need? Stainless steel looks great and works to resist corrosion.

So if there’s anything that can go wrong, you can always sand it bare and smooth.