Pliers are undoubtedly one of the most convenient gripping tools to date. Originally meant to help out electricians with their trade, pliers were referred to as the “Linesman” back when Klein Tools introduced them in 1857.

Though pliers are still widely used by electricians, they have since gained favor even in the fields of construction, DIY, and home improvement.

While pliers may look like a pair of tin snips or scissors, their uses are not limited to cutting.

There are different types of pliers and their uses differ from one’s job to another.

Before we get to the plier types, here’s a breakdown of the standard parts of a plier. 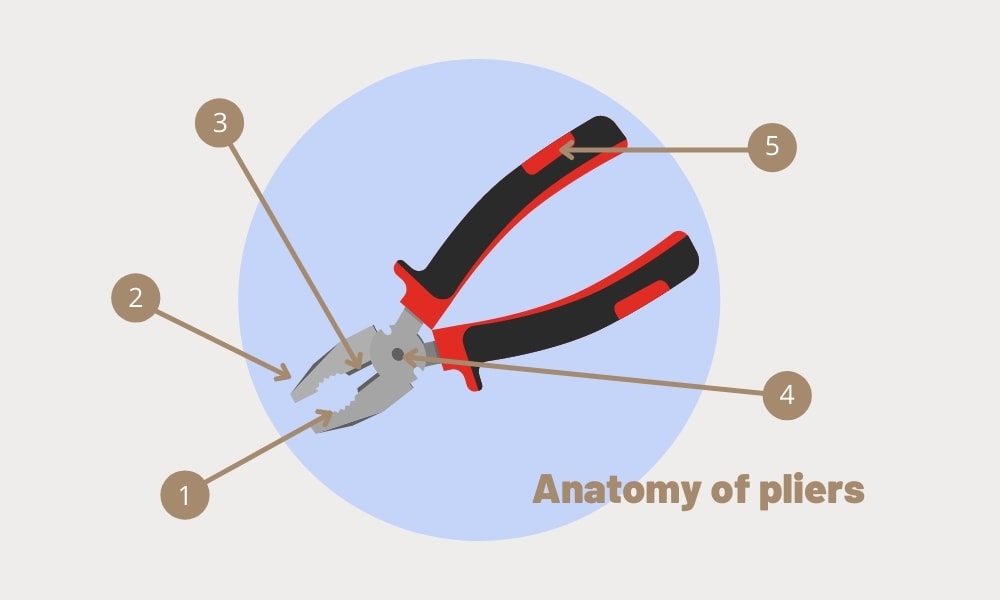 Relatively common pliers come in a variety of designs and are mainly used for compressing hoses and spring clamps, by making them tighter.

These pliers usually have a peg-shaped tooth on each jaw which makes pinching clamps a cinch. 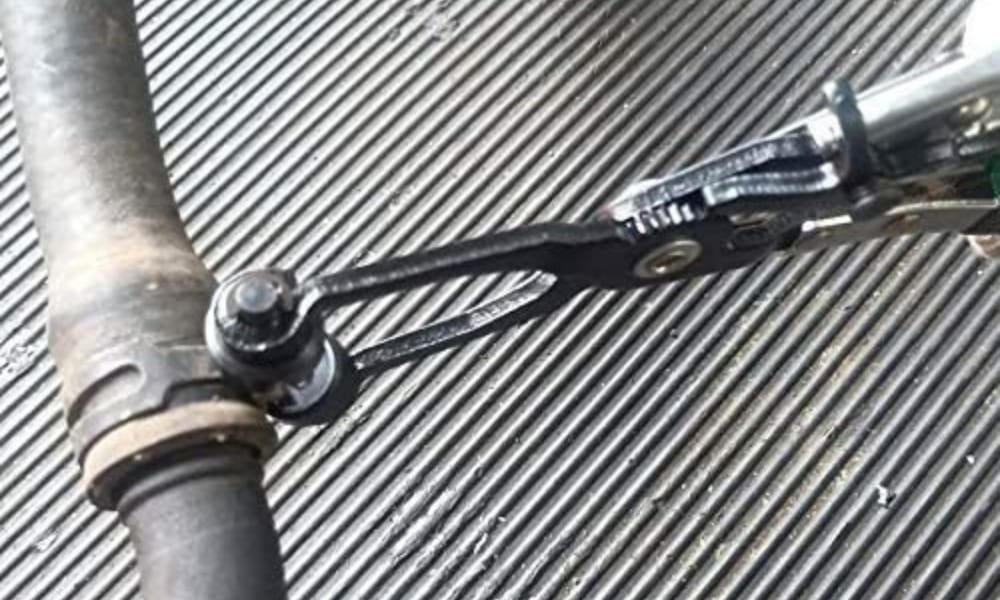 One of the most identifiable and common pliers.

Their ability to do detailed work comes in handy when making jewelry, doing electrical and mechanical work, and even plumbing. 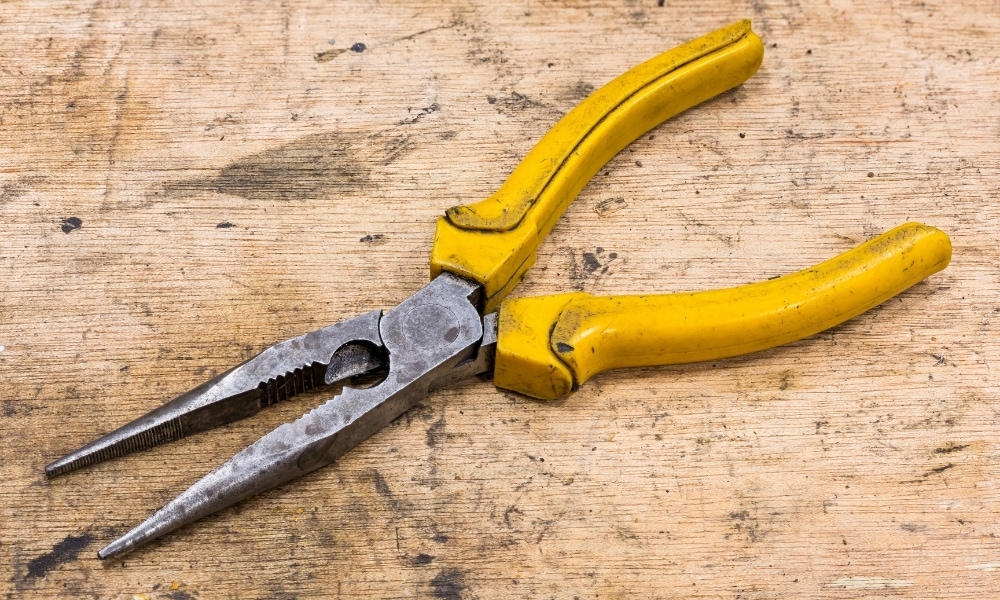 Flat nose pliers are best known for gripping and twisting metal and wires.

They’re preferred when engaging in electrical and mechanical work and usually have long, flat, tapered jaws.

These are great when working at awkward angles and in tight spots. 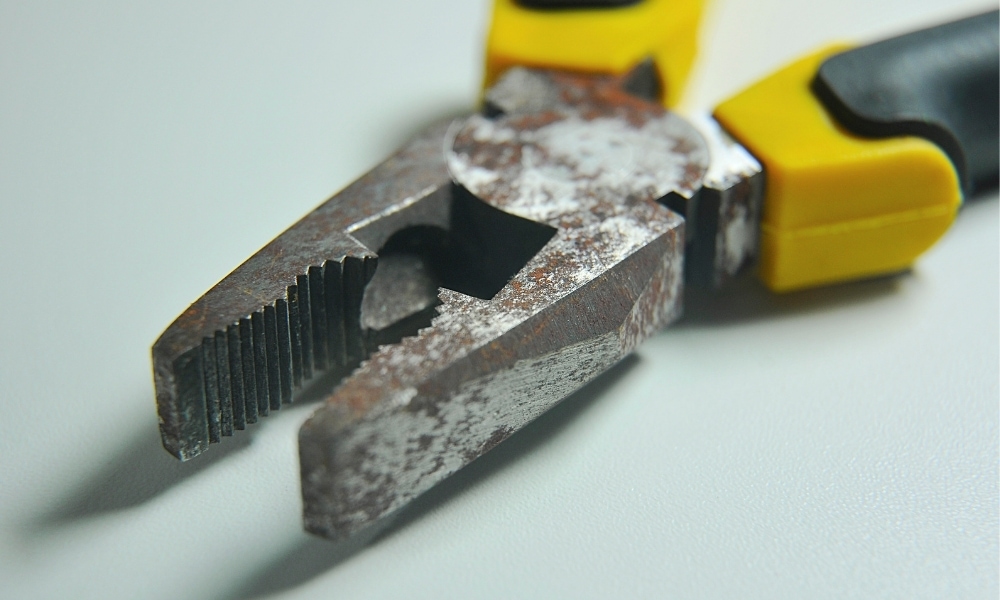 These special pliers have jaws angled at either 45 or 90 degrees at the midpoint.

They have long tips and offer better and unobstructed reach for when multiple pliers are needed.

The unique jaws also make it easier to get into tougher-angled spots. 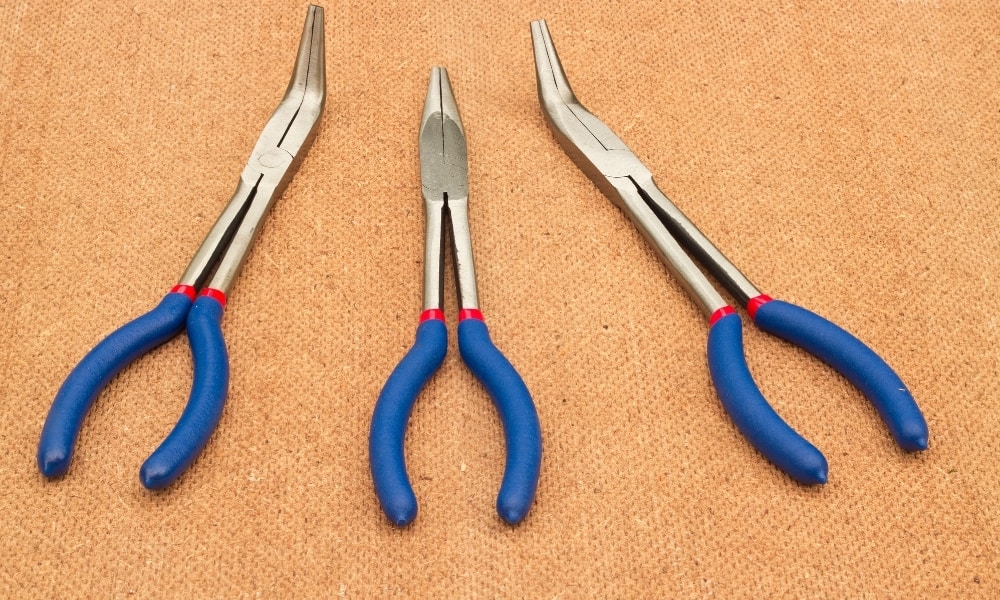 There are two types of pliers used in jewelry making and one of them is a round-nose plier. These pliers have rounded jaws that are slightly tapered and form a triangle when they come together.

Much like bail-making pliers, these are mostly used for jewelry making, but can also handle light electrical work and other projects that involve creating loops. 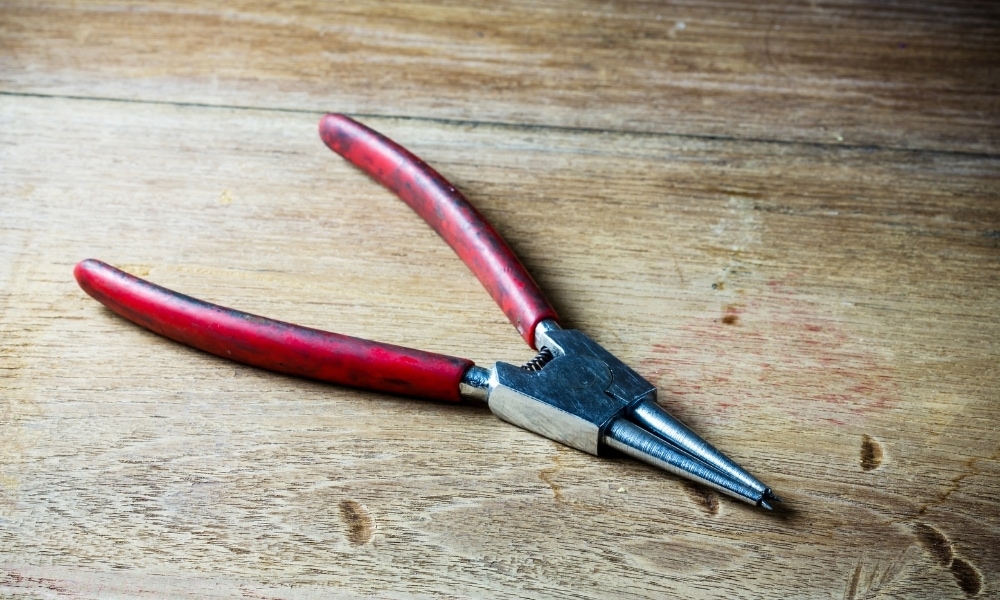 The shape of the jaws makes these pliers ideal for wire shaping and jewelry making, such as working on bead tips and jump rings.

The jaw design also allows you to bend and crimp.

These pliers are very similar to adjustable wrenches. The jaws of slip joint pliers have a fulcrum that allows you to adjust and lock the jaws at a preferred width.

They’re considered multi-purpose and can be used as a wrench alternative, but mainly shine in plumbing applications.

Snap rings are basically open-ended loops that fit into dowel grooves or other snap rings.

Snap ring pliers see regular use for maintaining the gears of bikes and similar vehicles.

These pliers are used to “Crimp” metallic pieces. Crimping is joining together two metal pieces by either deforming one or both ends to be able to hold the other.

Crimping pliers function similarly to a nutcracker and often have a fulcrum at the far end of the jaw along with several crimper sections that look like rectangular teeth. 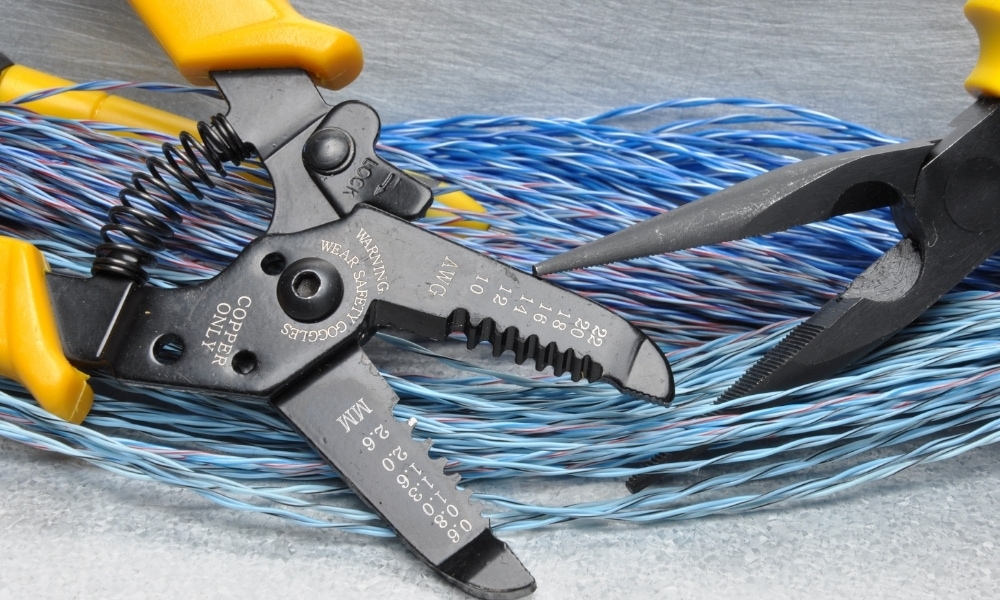 Pliers with a toothed groove along with the upper handle as well as an adjustable lower jaw.

These flexible pliers are favored by plumbers for a number of tasks as the angled jaws make it great for turning nuts and bolts. 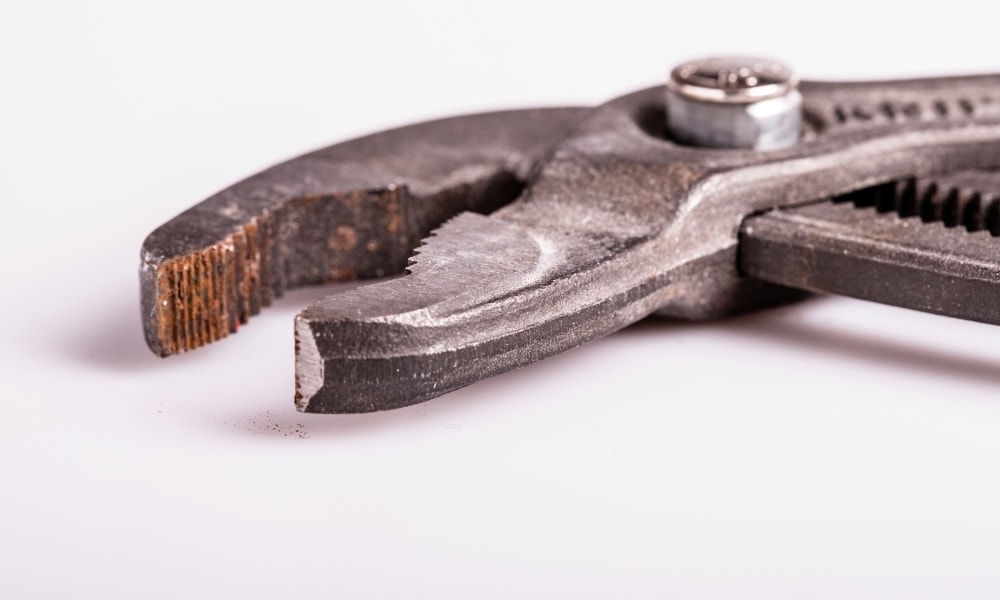 Also known as flush cut pliers, these have jaws with angled edges which makes them perfect for cutting thick wires.

The jaws look like a beak and are durable enough to cut even nails, making these tools useful for both electrical and carpentry work. 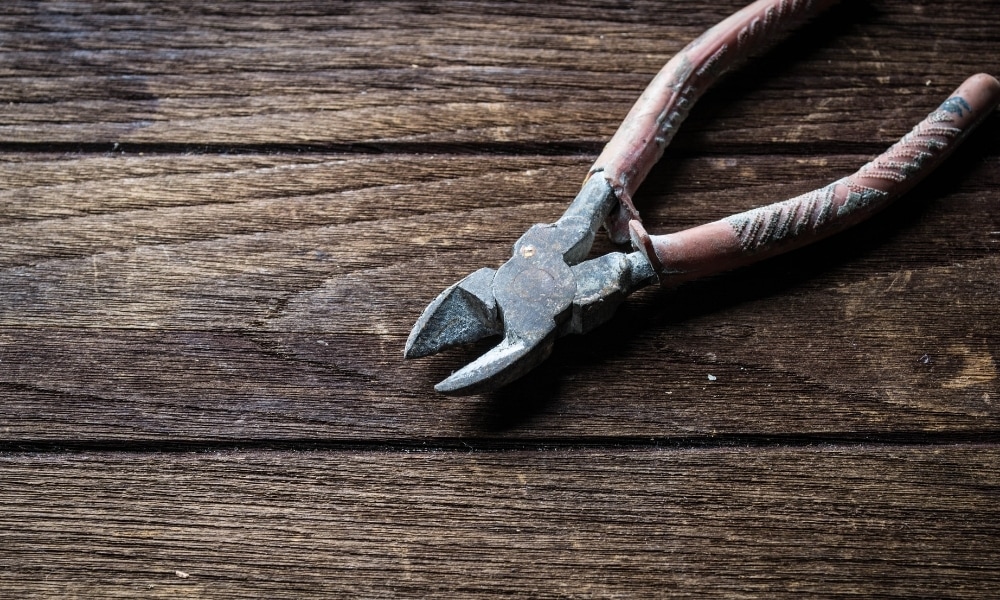 The original plier design. Linesman pliers are where the concept of combination pliers came from.

Their shorter, harder gripping jaws and larger cutting sections make them one of the best types of electrical pliers work as they can effectively bend and cut various gauged wires.

These usually have insulated handles. 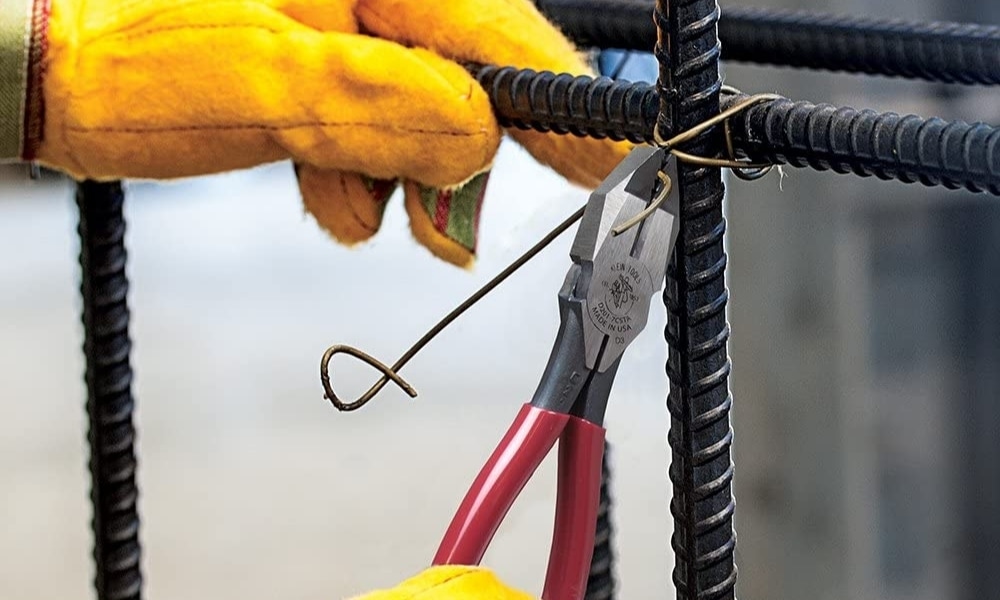 Multi-purpose pliers that combine the functions of flat and rounded gripping and cutting.

Plier jaws on these have 3 sections: the frontal serrated flat grip, the middle pipe grip, and the section closest to the fulcrum as the cutting bit.

Use these in a variety of applications from carpentry to electrical work. 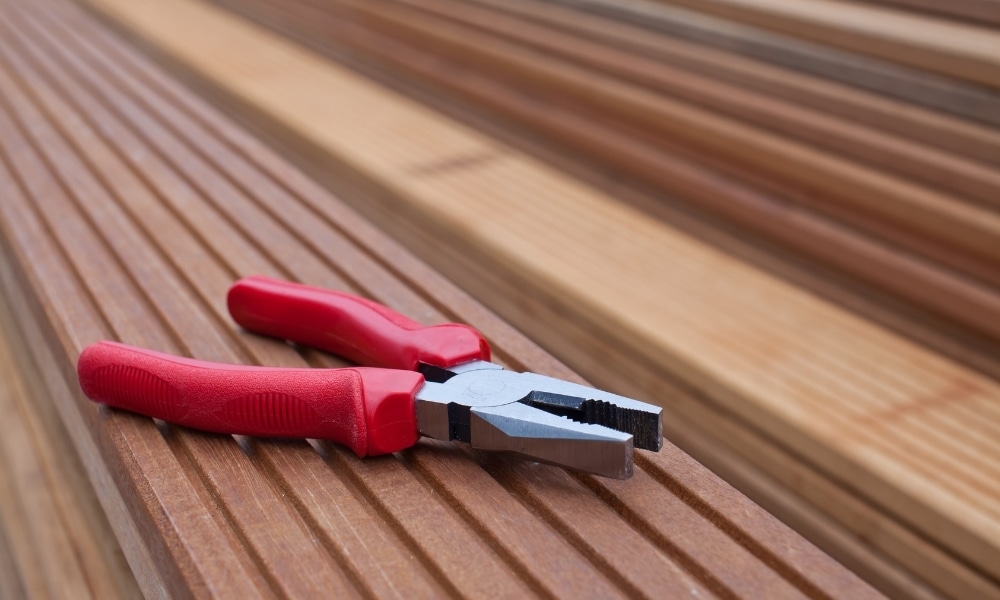 Here are the names of different types of pliers and cutters with special use.

These special types of pliers are mainly used in jewelry making for creating loop-shaped components such as clasps and earring wires. The jaws consist of two asymmetrical dowels which look like small rods. 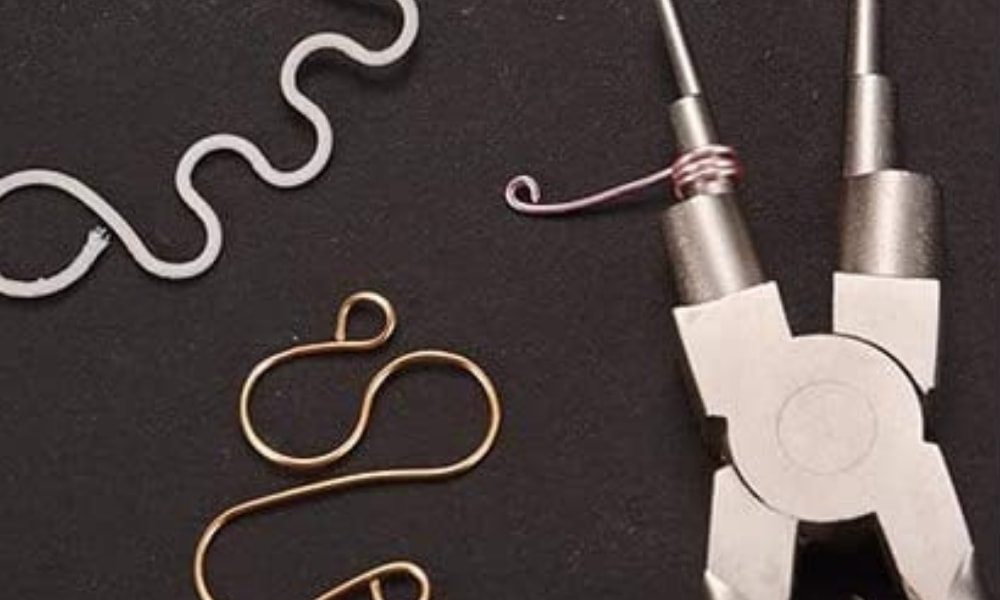 These pliers are distinctively used in automotive and related applications. The thick, short angled jaws are ideal for when you need to work on car battery bolts and jumper cables. 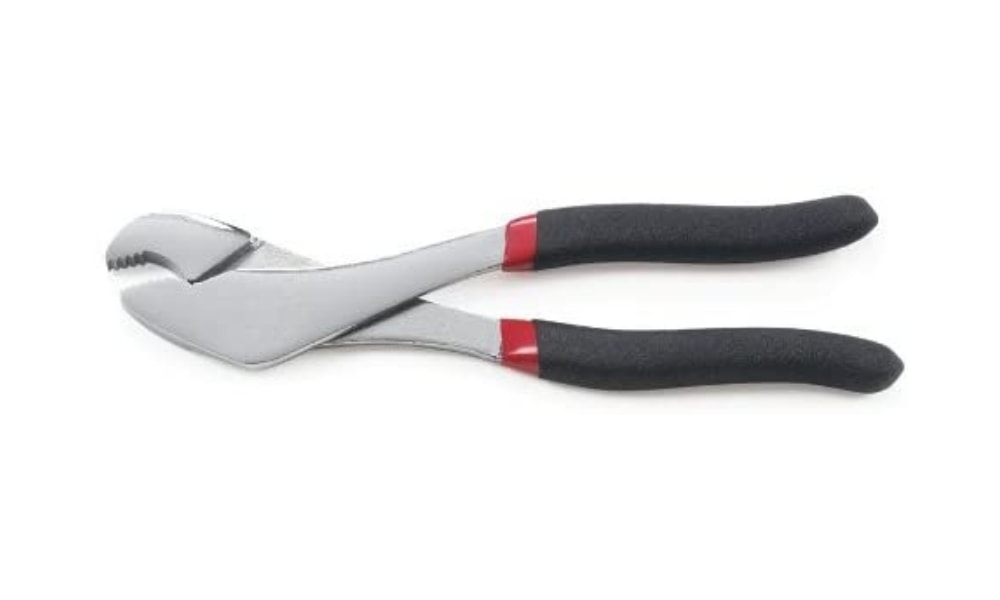 These plier types of spring back are for regular use in auto repair and maintenance. As their name suggests, these pliers are specifically designed to handle springs found in drum brakes. It has a rounded jaw for removing springs and a curved-tipped one for placing them back in. It works well with one of these pipe clamps. 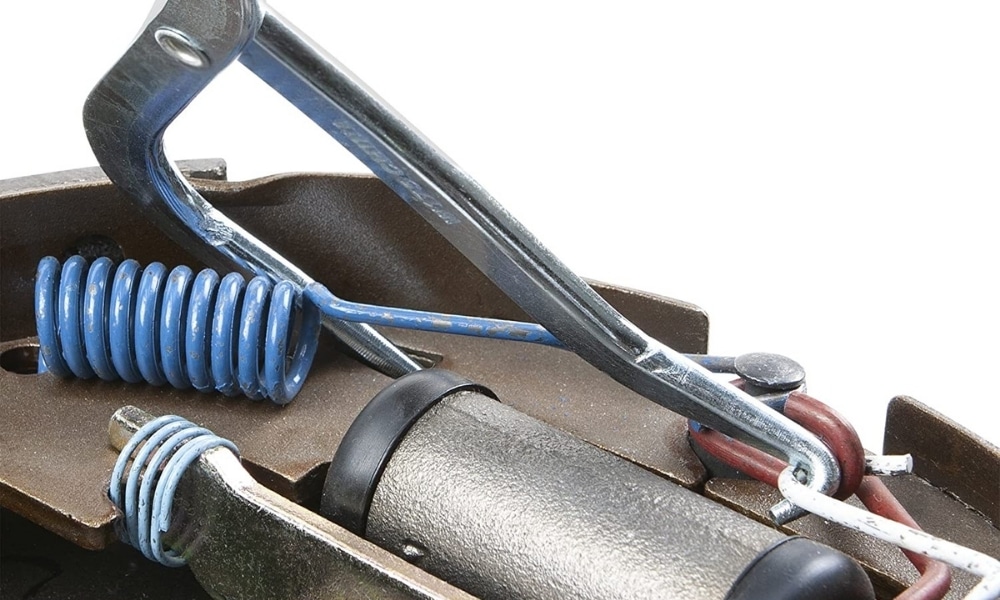 These are a special set of wide-jawed pliers that are perfect for craftsmen and artisans. Canvas pliers allow a single person to do what would normally require two people. The jaws are padded to avoid causing damage to whatever is being gripped. 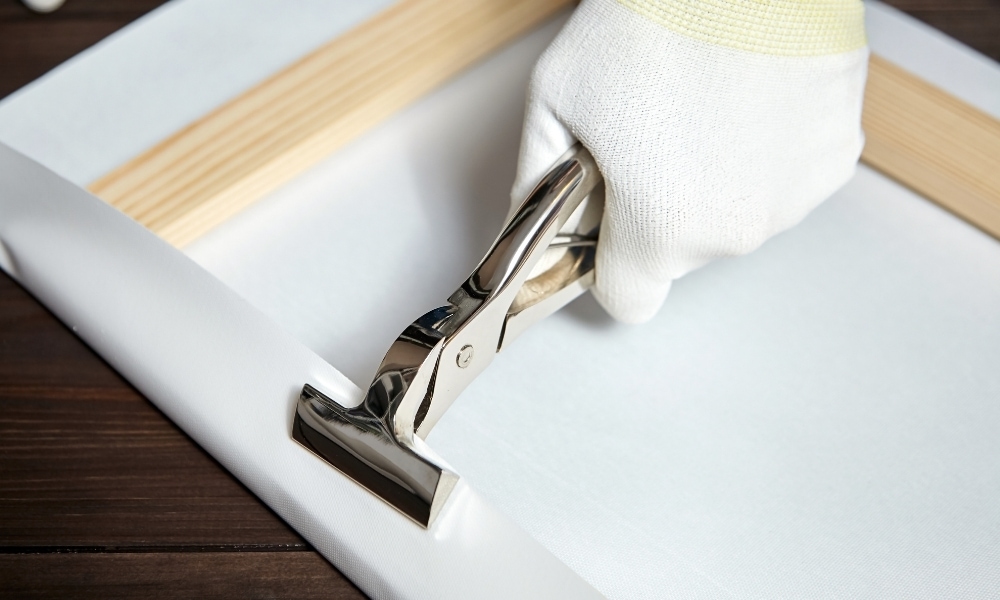 Specialty punch and plier types used mainly in tailoring and other applications in clothes manufacturing. Eyelets are used to add laces and drawstrings to clothes. Eyelet jaws usually have crimping rings, but also have variants that sport interchangeable dies for hole punching.

These pliers are mainly used for either driving or removing staples. They have unique jaw designs that resemble a hammer in appearance. You can cut wires of varying gauges with the notched fulcrum and strike light nails with the weighted flat jaw.

These pliers look very similar to eyelet pliers and function nearly the same, except that instead of clothing, grommet pliers punch holes through tarps and affix grommets. Consider these as heavy-duty eyelets and as better options for manufacturing sturdier goods such as tents and sails. Pliers specifically designed to work with smaller hoses, such as vacuum cords, heater hoses, and fuel lines. They look like enlarged forceps and their grabber jaws allow you to easily grip hose material without fear of damaging it. Use these when wanting to remove or place hoses in tight spaces. 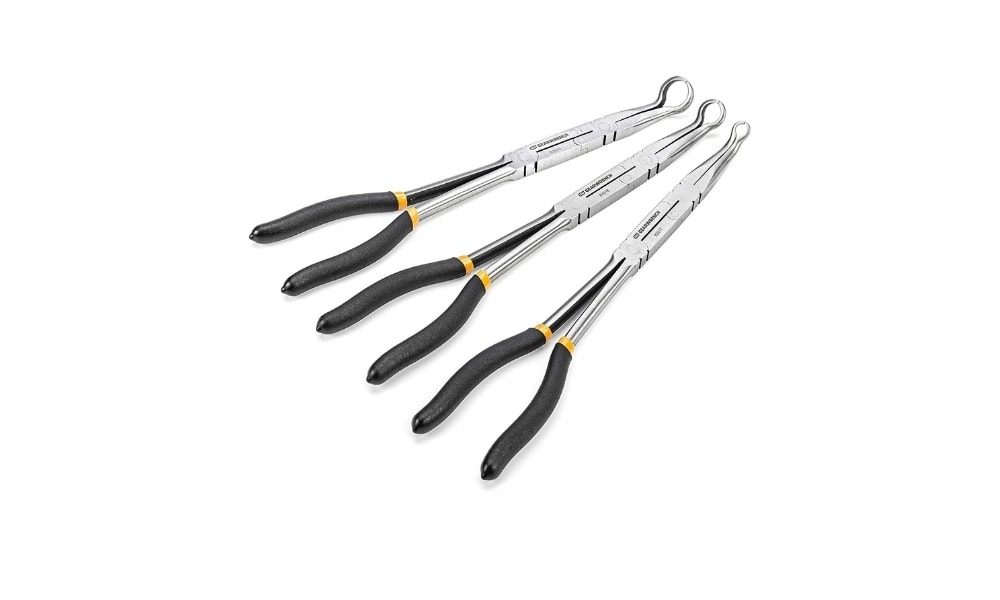 These locking plier types have jaws and a design that makes them look like crab claws.  They’re specifically vise grips [2] used to clamp down bolts and nuts and are great for repairs, restoration projects, carpentry, and general construction. 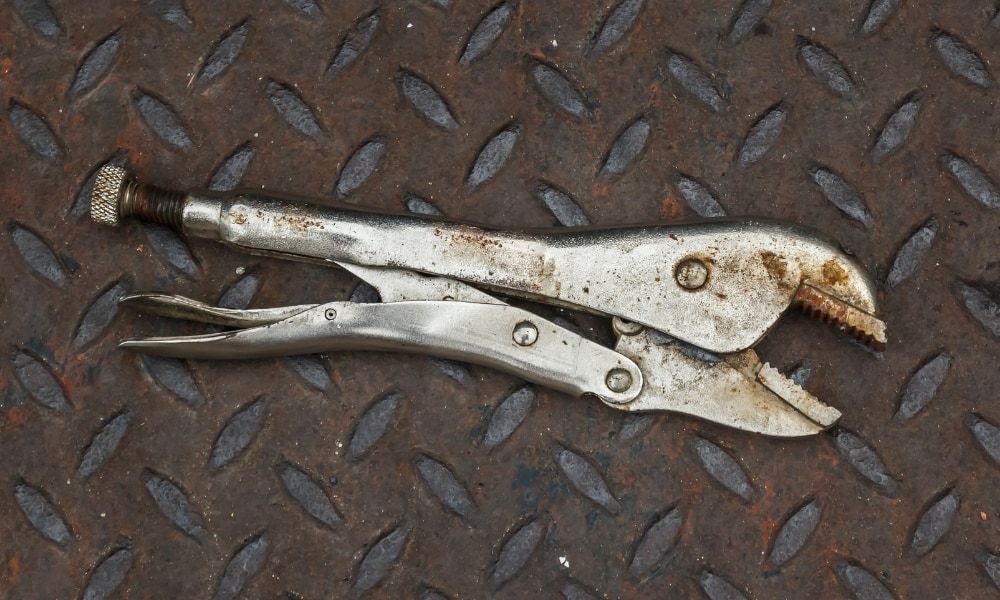 Tong-looking pliers are mainly used to remove nails. This nail pulling plier type has tapered claw tips to dig under nail heads and provide more leverage for easier removal. A great tool to have if you need to pull out a copious amount of nails when recycling or salvaging pieces. 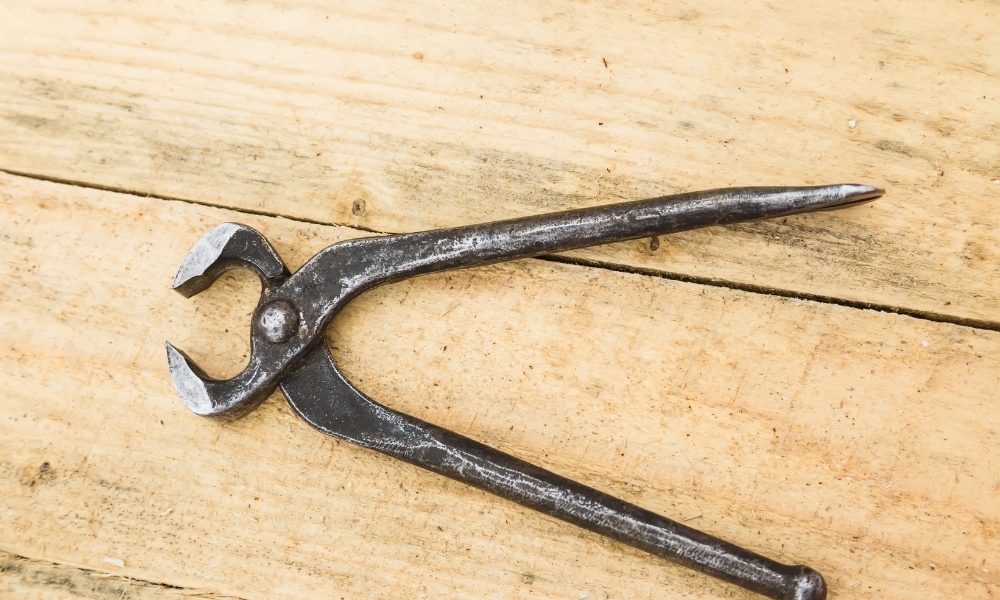 These niche pliers have odd-looking c-shaped toothed jaws with one being slightly longer than the other. These pliers are mainly used in the automotive industry to remove oil filter casings. 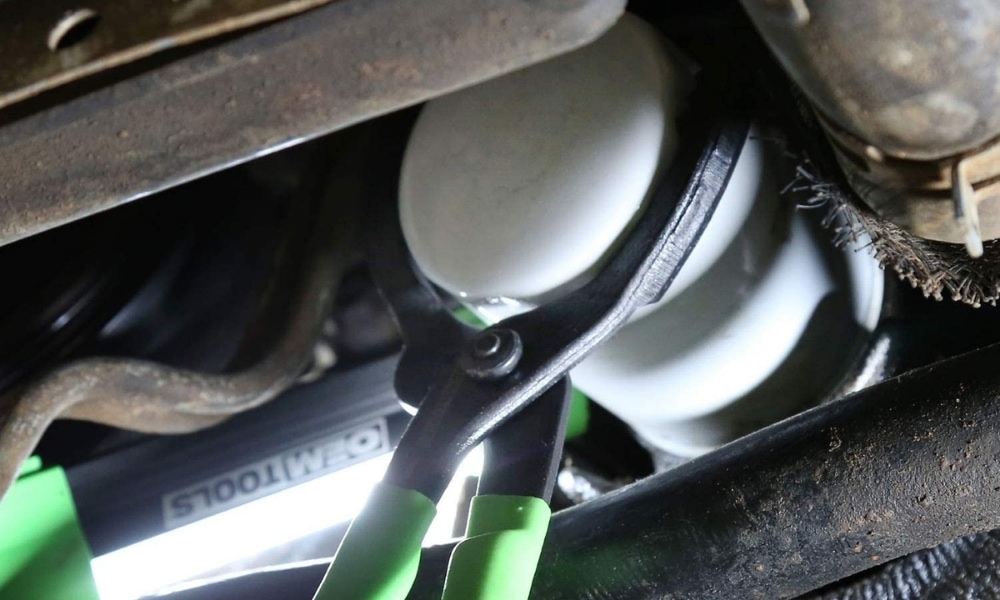 This pair of mechanical pliers have an innovative design that allows them to easily work on engine pistons. Their jaws have simple curved tips and are larger with several supporting braces for easier piston removal and replacement as well as reduced risk of warping. 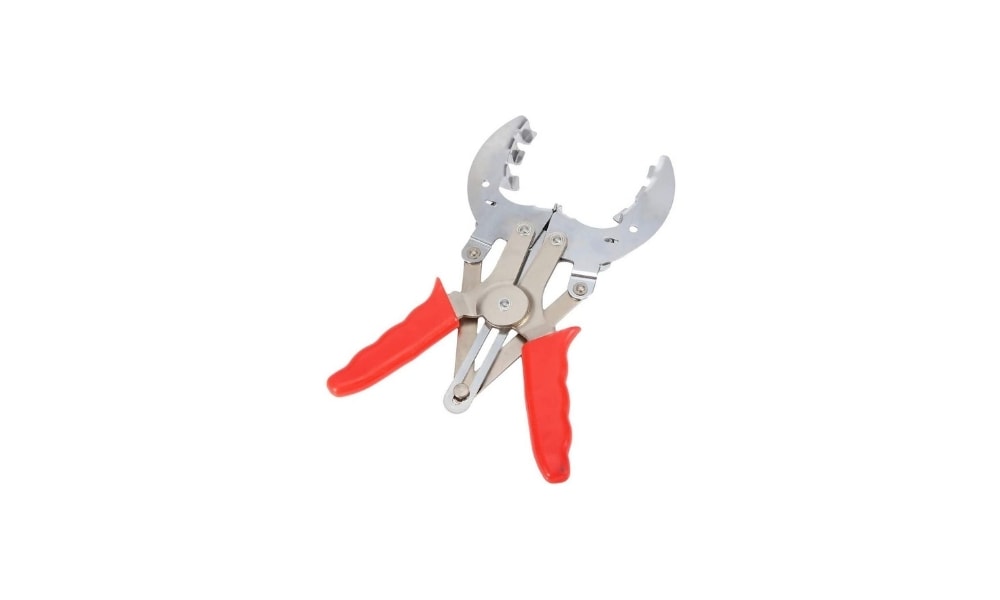 Another type of special plier mainly used in the automotive industry for dealing with components that have push-pin type anchors. The wedge-shaped jaw tips allow them to get under the pin cap of plastic anchors and pop them out with a simple squeeze. These can be safely used anywhere with push-pin anchors. 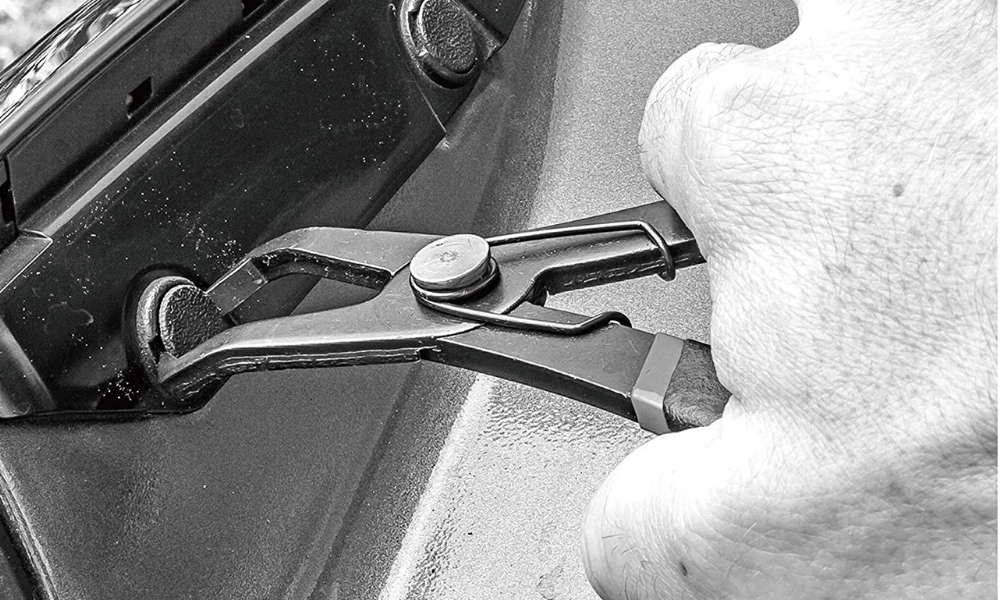 Another rare kind of artisan plier used for creating stained glass crafts. Their wide-tipped jaw design allows them to match the thickness of your glass and makes clean breaks along scored lines. They often have centerlines for better alignment. The wide, flat jaws of these types of vise grip pliers almost make them look like presses. Sheet metal pliers are mainly used for bending and shaping sheet metal or when you want to form seams. If you commonly work with sheet metal, then it’d be best to have one of these around. 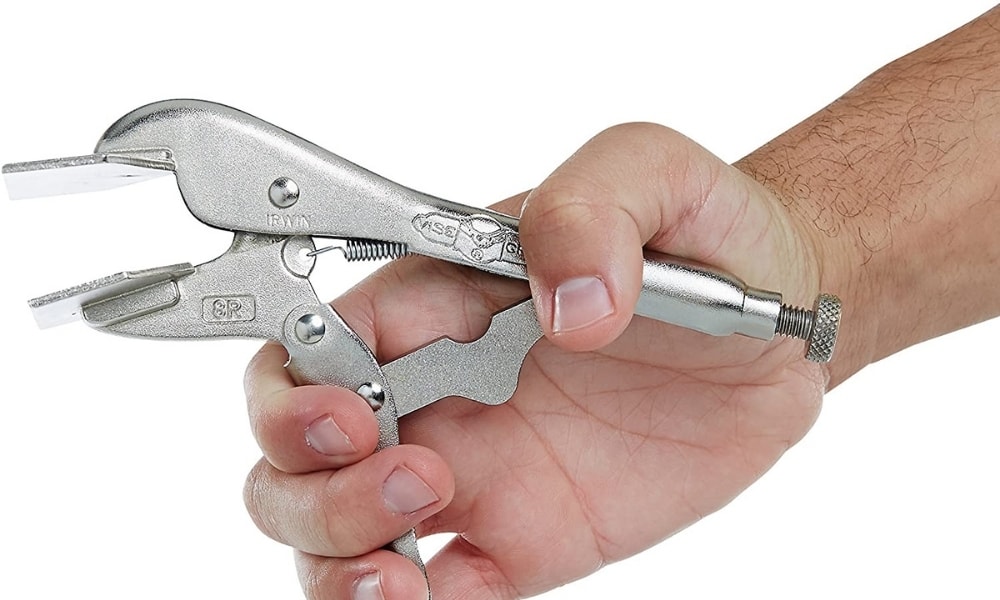 This is one of the nose plier types that are basically stubby versions of needle nose or chain nose pliers and have a lower jaw with a hooked tip for splitting coiled rings apart. You commonly use these for making keyrings and fishing tackles. 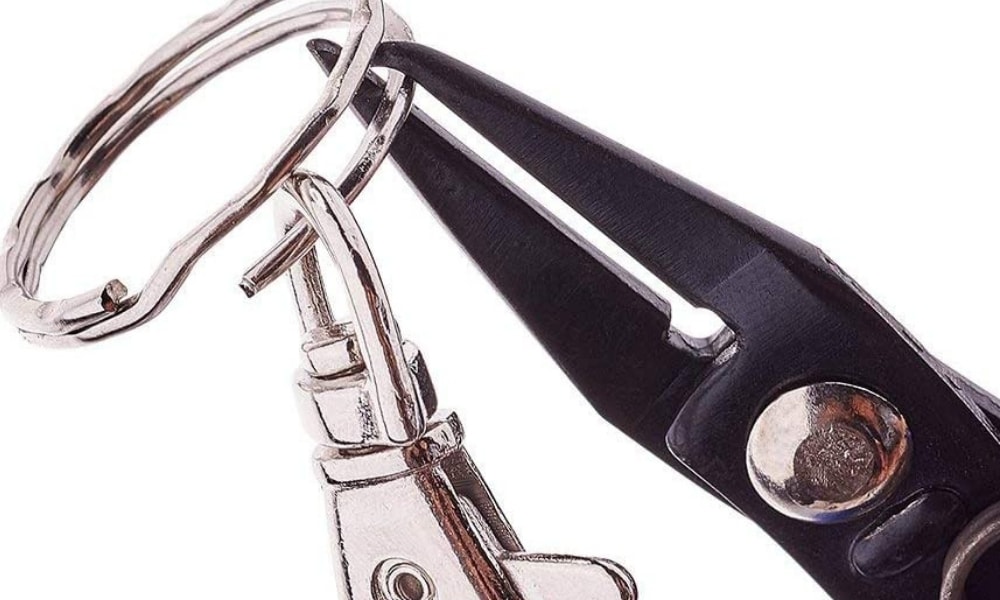 These are special versions of other pliers fitted with padded jaws to prevent scratches on chrome and other soft metals and exposed surfaces. Mainly used for various plumbing tasks and on scuba diving equipment.

These pliers are marked by distinctively narrow jaws that can either be insulated tongs or cylindrical holders. Almost exclusively used on spark plugs and plug wires. These specialty pliers are highly versatile and combine the jaw designs of combination and needle-nose pliers. And used heavily in tasks that involve welding. These pliers can remove spatter, grip, cut, and even strike. 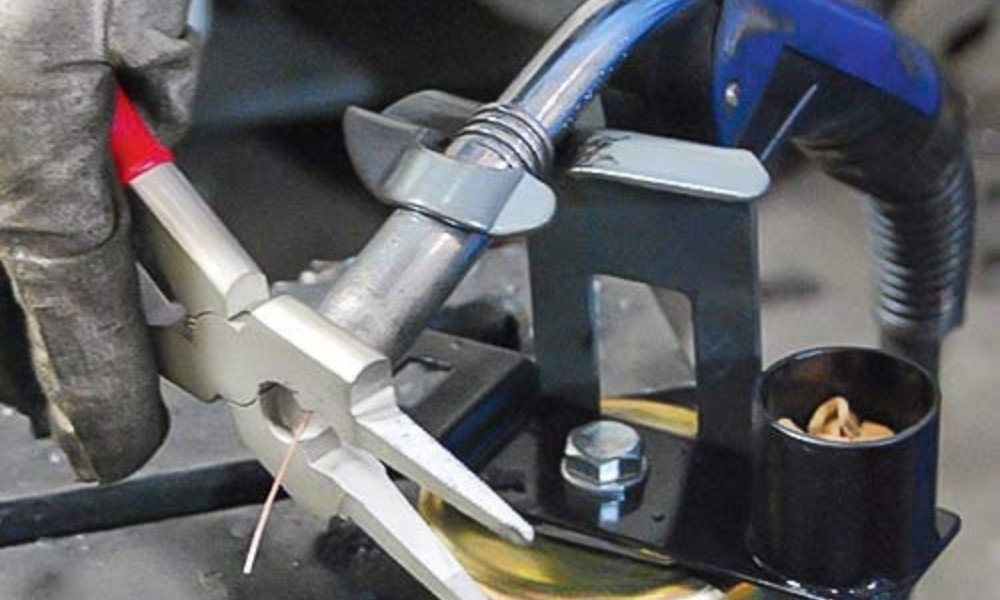 This unusual plier looks like a diagonal plier with a pen stuck in between the handles. This middle component is actually a locking mechanism with a threaded knob and is used to rapidly twist wire. They can be used for jewelry making or electrical work, such as when you need to coil long wires. 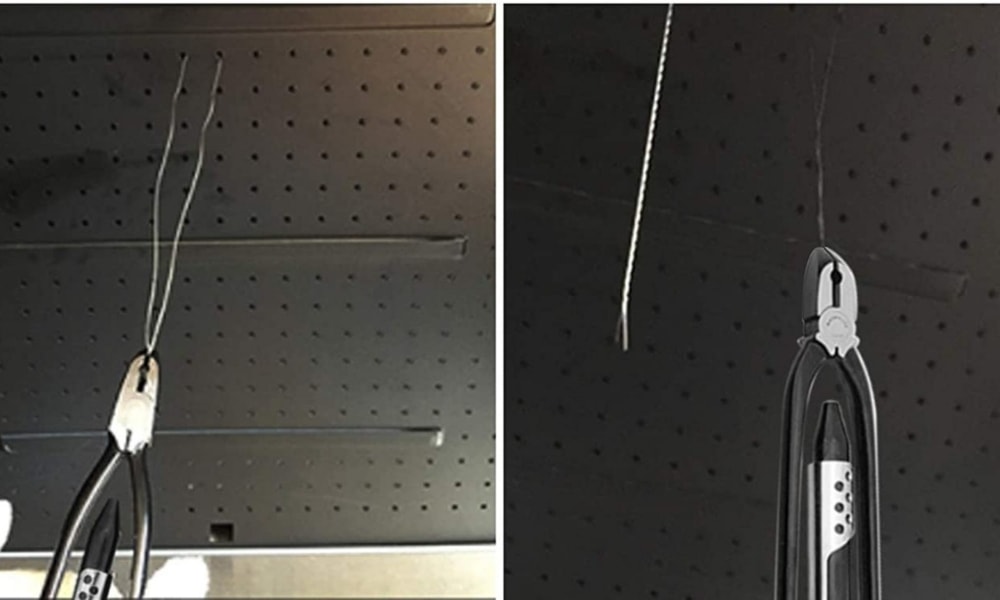 Pliers, like screwdrivers and hammers, are fundamental tools. In fact, no home would be complete without one. They’re simple and highly effective tools that can take on a variety of tasks ranging from local repairs, like making copper art, to industrial projects.

Pliers are surprisingly flexible tools and the many types available means that the more you have, the more you can do.