An impact driver is often mistaken for an impact wrench and vice versa. The reason why these two are easily confused with each other is that they both operate using high levels of torque.

In the simplest sense, the main difference between an impact driver and an impact wrench is that the former specializes in screw driving fasteners, while the latter specializes in fastening and loosening nuts, bolts, and other specialty concrete and timber fasteners.

So before we check out their key differences, here’s what you should first know about your future impact driver vs impact wrench.

What is an impact driver?

A drill or ‘driver’ is a tool (sometimes an accessory) that’s used to quickly and efficiently drive various fasteners through different materials.

Most power drills nowadays have adapters [1] that allow them to fit a driver head, essentially making them a 2-in-1 tool.

Think of these as powered screwdrivers. What is an impact wrench?

Impact wrenches are basically powered automated socket wrenches. These tools mainly see action with mechanics and make use of very high amounts of torque to loosen even the tightest and toughest of nuts and bolts.

They’re less versatile compared to impact drivers, but they are more powerful and are a necessity for automotive repair and similar applications.

Builders also use them a lot for driving large timber and concrete fasteners. 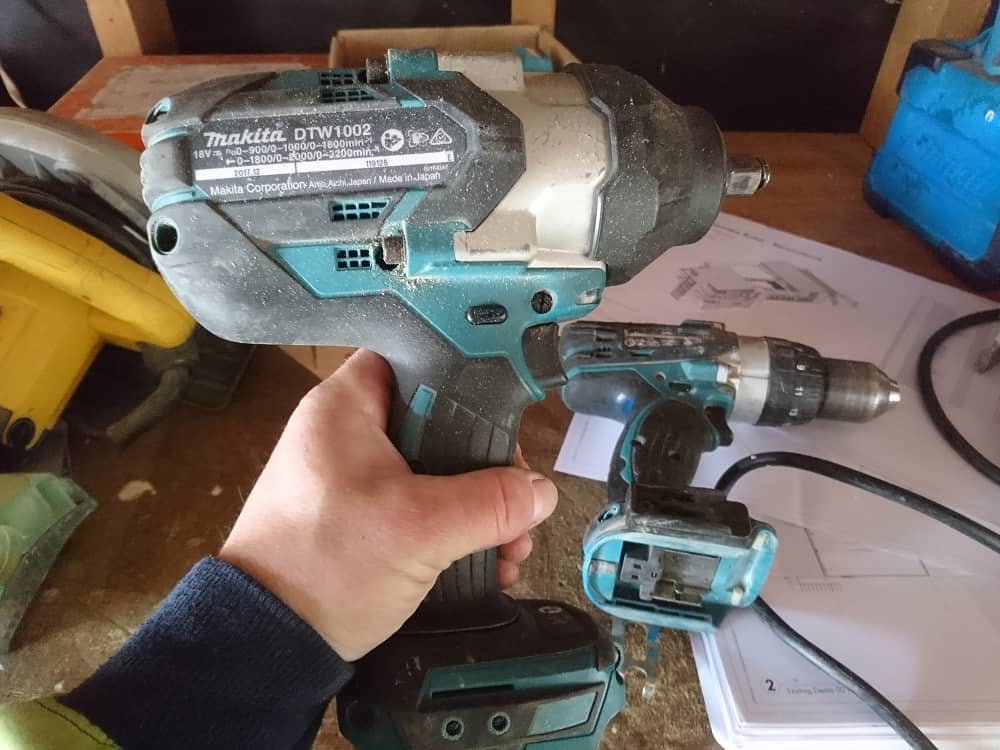 Where to use an impact driver?

Because of their lightness and ease of use, they’re perfect tools to have for renovations, house-improvement projects, and similar applications.

In situations that require you to first install fasteners, impact drivers are your go-to tools to get the job done. Some common jobs include house framing, installing fixtures, working on roofing, and even wall-hanging various items. 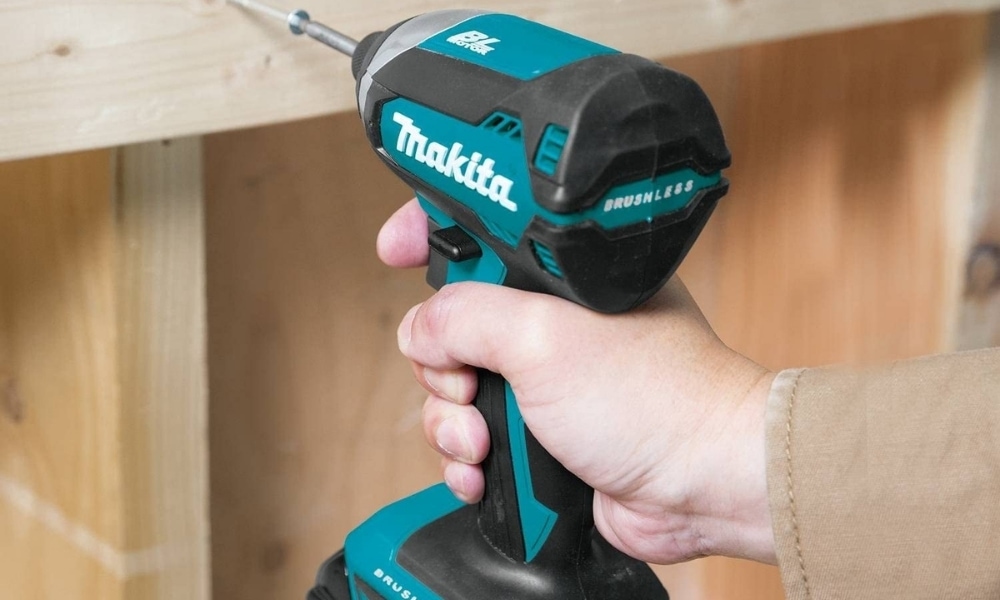 Where to use an impact wrench?

Impact wrenches were made for tougher applications – mainly construction and car repair. When nuts and bolts are too tight to pry loose by hand, you’ll likely need the help of an impact wrench to get it out.

Similar to an impact driver, an impact wrench also utilizes lots of torque – and more of it.

With regards to the automotive industry, impact wrenches are commonly used to remove lug nuts in tires, various nuts in a vehicle’s chassis, transmission, and engine, and basically any nut and bolt that holds a car or structure together. Can they be used interchangeably for each other’s work?

Both fulfill the same general role. However, an impact driver is the more practical of the two. Impact drivers, though mostly used to drive in fasteners, with a standard hex to square adapter can function as impact wrenches, albeit with lesser overall performance.

Impact wrenches, on the other hand, are stuck mainly with tightening or loosening nuts and bolts. That’s why impact wrenches rarely see use outside of auto repair.

Impact drivers look a lot like power drills. In fact, their frames are so similar that you could even mistake them for each other! Much like how you use a power drill, impact drivers have chucks to hold driver bits.

The chuck is right in front of the motor, which puts weight somewhere behind the tool. There’s a trigger in front of the handle and a switch for drive direction (forward/backward).

For battery-powered models, the battery is located directly below the grip, as with most other cordless power tools.

Impact drivers are stronger, smaller, lighter, and more powerful than a cordless drill. But they cannot drill holes, only drive screws.

An impact wrench is a more rounded, stubbier, yet huskier-looking impact driver or power drill.

The chuck is replaced by an exposed anvil, which acts as a sort of pin that can fit various sized sockets.

The motor is still at the back, located behind what’s called a hammer mechanism that usually consists of a hammer cage, dog, and pin.

There are air-powered models with a directional valve that allows you to control the direction of compressed air.

The chuck of an impact driver is what holds the driver bits. Most modern units feature a quick-release, or keyless, hexagonal chuck system that easily accepts different kinds and sizes of bits with hexagonal shanks.

Most chucks also have a collet, which helps provide additional clamping force for when you need to tackle tougher projects. 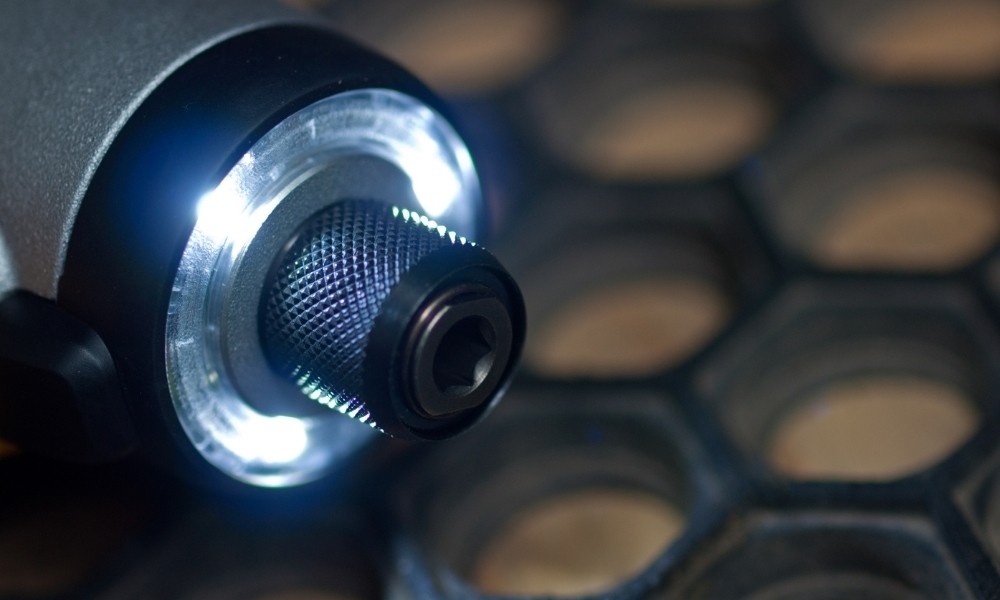 The lack of a clear chuck system actually makes it easier to swap out varying sockets on an impact wrench.

Instead of fitting a drill bit into a clamping jaw mechanism, what impact wrenches have are the protruding anvils that function as adapters for different types and sizes of sockets.

Since it doesn’t hold the socket heads via clamping, it doesn’t have a collet. The strength and tension of hold are determined by the type of anvil, which is usually either hog rings or detent pins. Impact drivers use their motor to apply rotational force to a roomier output shaft that gives the hammer and anvil more space to work.

The spring-driven hammer-anvil mechanism [2] reacts when enough load is applied, causing the spring to force the hammer against the anvil, thus providing the driving force which pushes fasteners in.

Impact wrenches work pretty much in the same way, only that instead of a spring-loaded hammer mechanism for driving, it’s replaced by a high-torque twisting action that loosens/tightens via the sudden application of intense rotational force in short bursts.

By default, rotation is done clockwise, driving the fastener forward. In contrast, by rotating counter-clockwise, it loosens or lifts them up, allowing for removal. 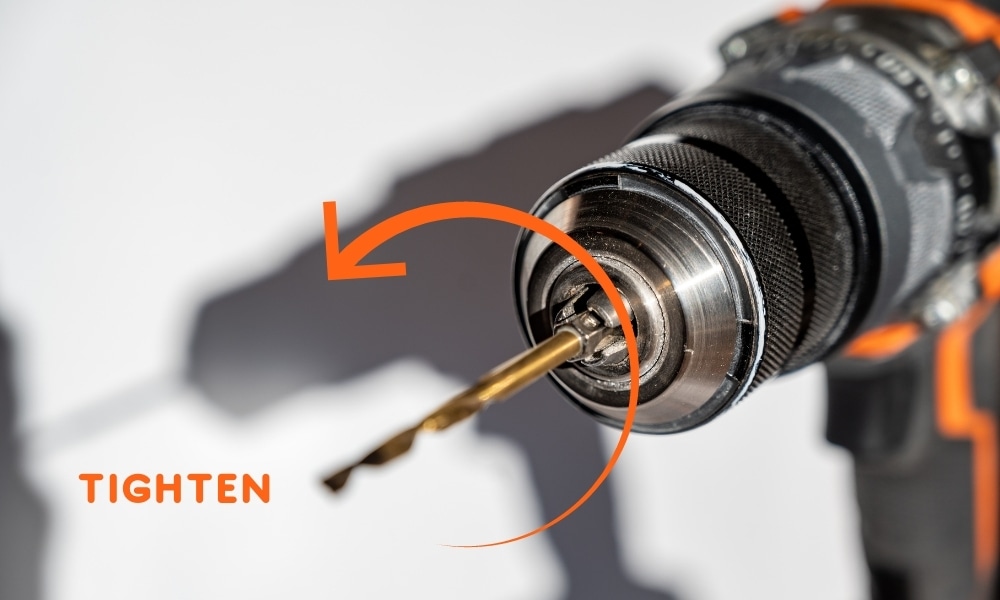 These work pretty much in the same way.

Now, depending on the model, a button is usually near the trigger that allows you to change the direction to either forward (F) or reverse ®, allowing you to tighten and loosen respectively. When it comes to a power source, you don’t have to point out to what’s the difference between a cordless impact driver and an impact wrench. Both can have three main sources of power: electricity, battery, and air.

These tools can either run on electricity (corded) or a battery (cordless).

Electric models are pretty self-explanatory and would just need an outlet (direct or generator).

Cordless models can run on batteries anywhere between 12 – 20 volts depending on the manufacturer. 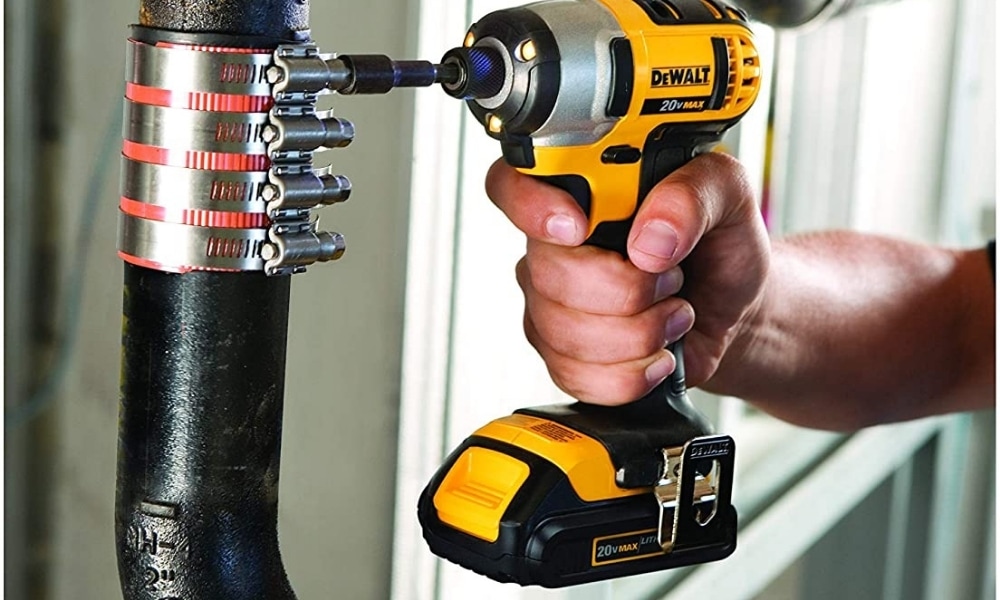 These tools come air-powered by compressors. Most rely on either cordless electricity or compressed air.

Most air impact wrenches require at least 90 psi to function correctly. Or 18v+ for cordless operation.

Nevertheless, most cordless impact wrenches already come with a battery. 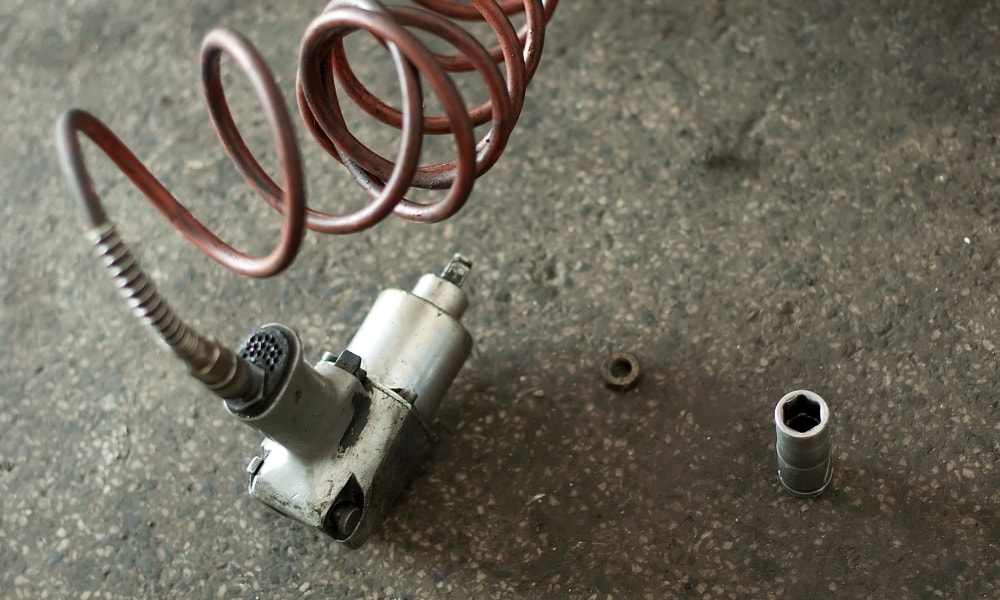 For impact drivers, the average torque generated is between 1500 – 1800 in-lbs. This value puts more emphasis on higher RPM as speed does 95% of the work compared to generating greater torque. 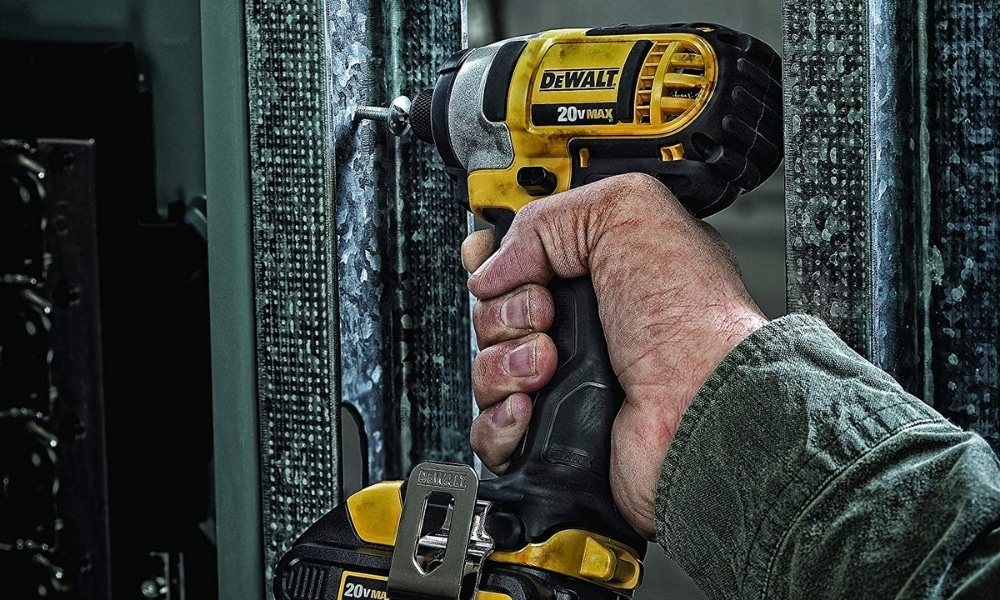 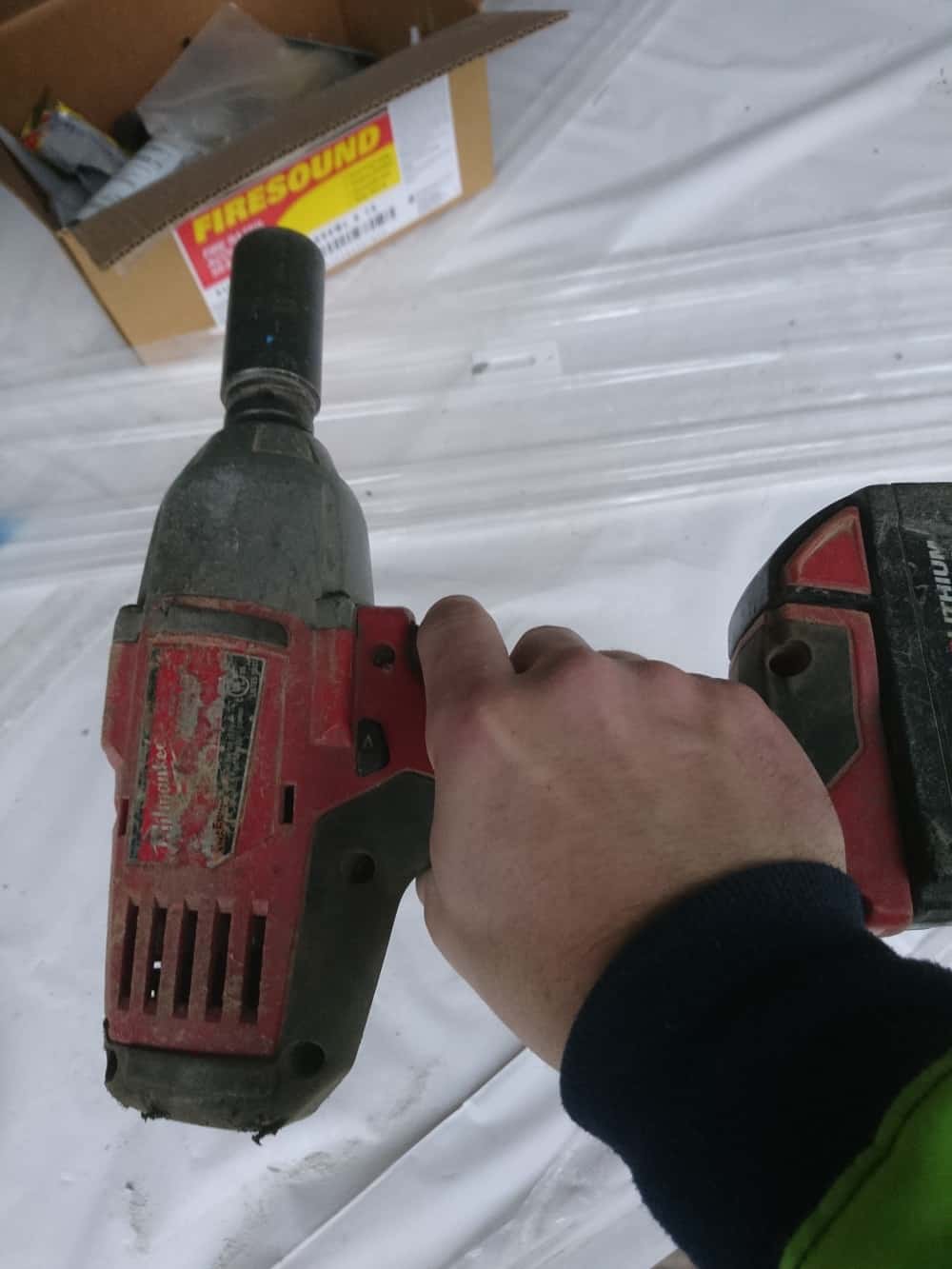 Who must have and use an impact driver?

Basically, anyone who does carpentry, renovation, metalwork, or any job that requires piecing together pieces will benefit from owning an impact driver.

They’ve overpowered screwdrivers with a great ability to easily drive in long fasteners, making short work of even the most complicated and demanding assemblies.

Indoor or outdoor use, they’re equally versatile tools that are able to work with a host of different materials. 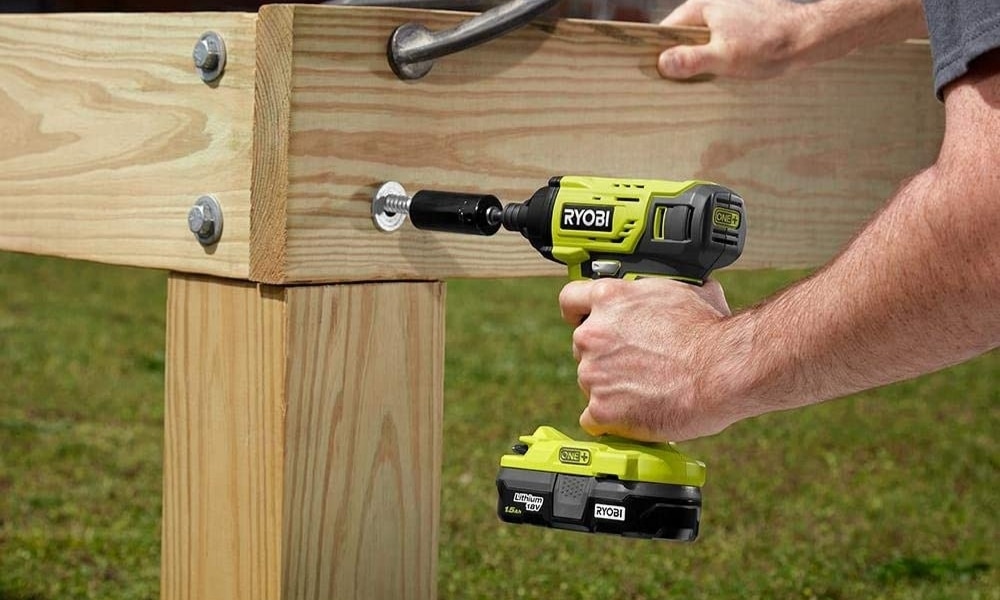 Who must have and use an impact wrench?

Mechanics and construction workers should definitely have at least one of these. In jobs requiring tightening or loosening of various nuts and bolts, nothing will beat what an impact wrench can do.

Especially when it comes to automotive repair and maintenance, an impact wrench will have you dashing your way through engines, chassis, and tires in record time.

Industrial ship crews and maritime engineers also make use of these whenever they need to replace or repair rusted corroded assemblies. 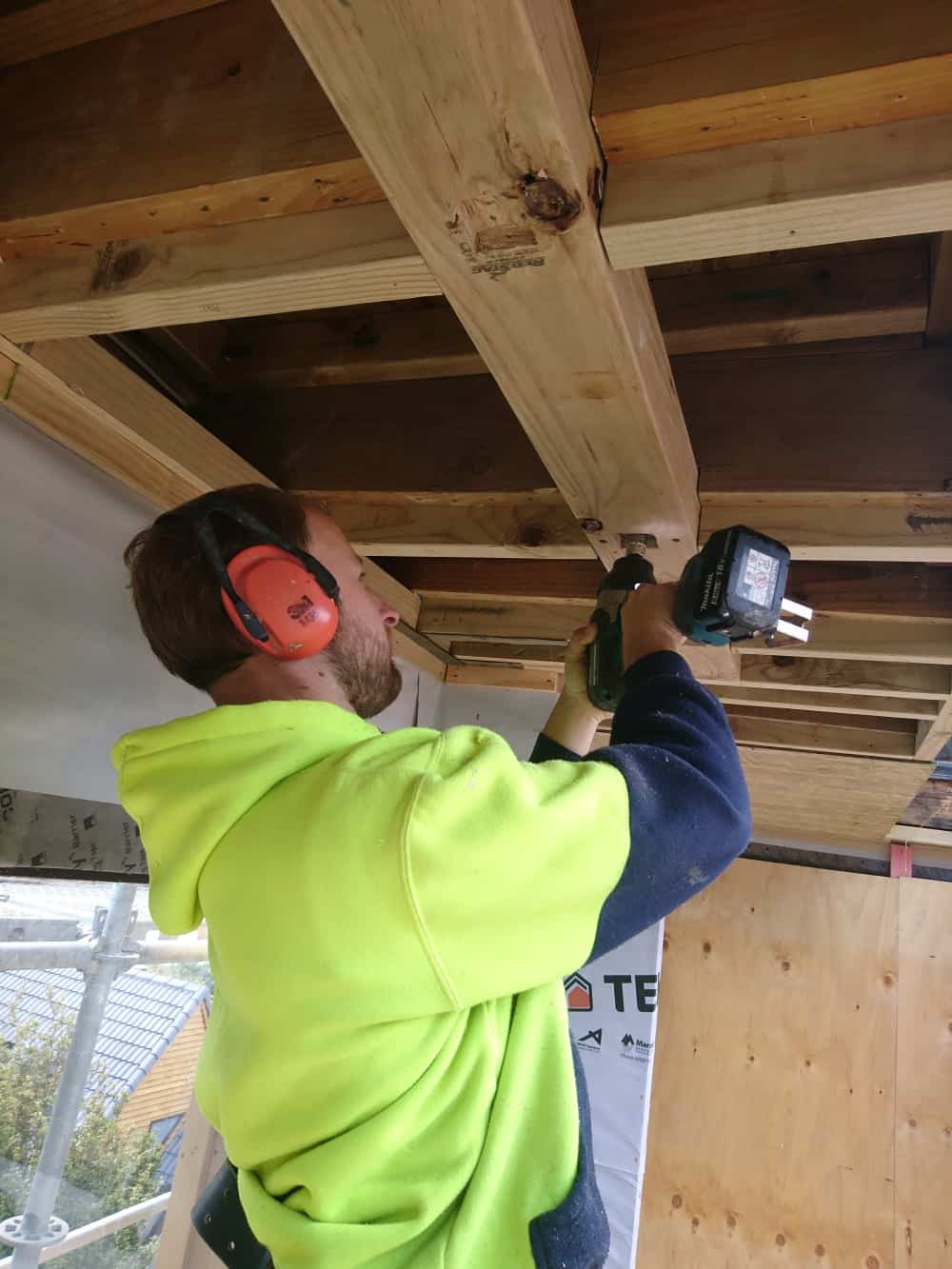 Do you need them both in your toolbox?

If you have the need for both, then you should definitely get the two of them. They are both completely different tools.

Both Makita and DeWalt have outstanding track records when it comes to producing quality impact drivers. With over 100+ years of experience each, you can’t go wrong with choosing from either of their respective portfolios.

They pretty much have every and any kind of model that would suit your needs, ranging from entry-level to premium models. You’ll often see Makita on a lot of different tool reviews. That’s just how good they are. Makita tools are top of the line and have withstood the test of time – their impact wrenches are no exemption.

Milwaukee, though the younger of the two, has quickly gained favor with mechanics and professionals in a short time, making it the manufacturer of some of the best impact wrenches around if you want more power. 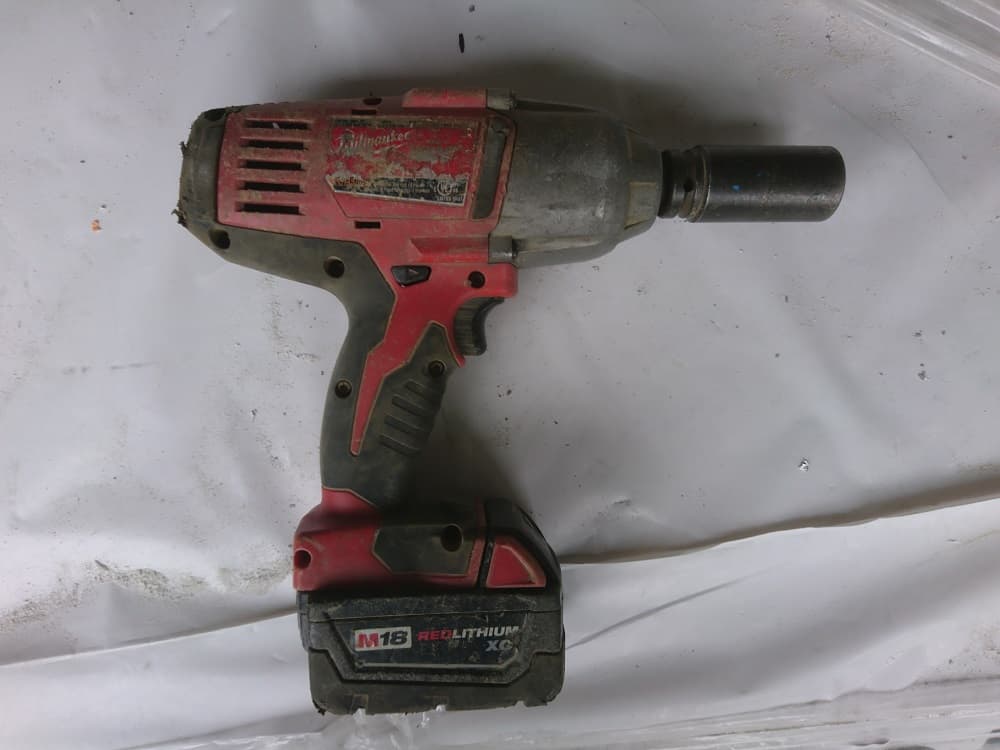 Whether it’d be driving fasteners or loosening/tightening nuts and bolts, you have to admit that an impact driver and impact wrench just completes anybody’s tool kit.

With cordless variants, you can practically build anywhere and anytime with an impact driver. Suddenly got a flat tire? No worries, your trusty cordless impact wrench will have you up and running again in a few minutes.

With all this torque, these tools might just ‘drive anyone nuts’, pun intended.